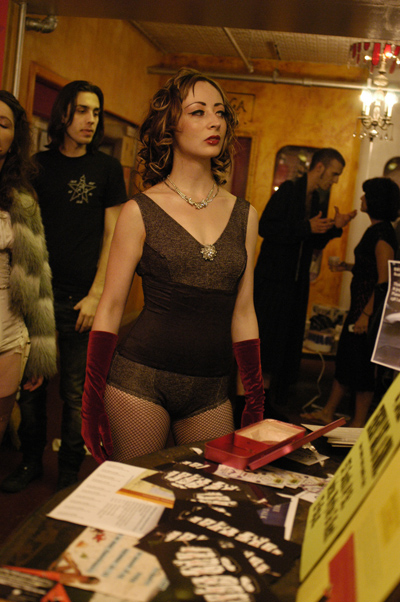 Fashion Week has come to an end, and we in New York will soon no longer be subjected to ads about “Mercedes Benz Fashion Week’s” official fiber snack bar (Fiber One) and diet soda (Pepsi). Hey, in 2005, Fashion Week had an official toilet.

(Do any companies out there want to provide Bullish’s “official espresso” and “official post-Bullish wheat beer”? And “official shoulder massage provided by a muscular gentleman”?)

So, I’d like to share a few business lessons I learned as a low-rent model. And by “low-rent,” I mean that I was once hired as a stand-in for one of Janet Jackson’s backup dancers (it might have been Paula Abdul’s backup dancer?) so the photographer could get the lighting right for when the actual backup dancer came in.

The Best Clients are the Ones You Already Have

That’s a classic business maxim – if you’ve already got happy customers, it’s much easier to sell more things to them than it is to sell anything at all to new customers. 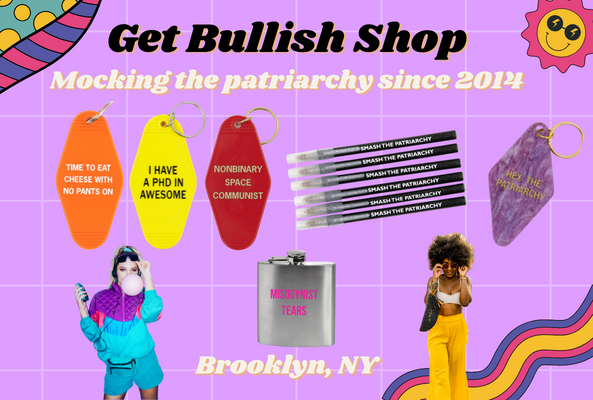 However, sometimes what you’re selling is a once-a-year or even once-in-a-lifetime purchase. If you’re just sold someone a house, a college degree, or a wardrobe makeover, that customer might refer her friends, but she’s probably not going to buy from you again for awhile. What do you do?

One option is to develop a new product to sell to the same people. New homeowners need moving services, and then landscaping. College graduates perhaps could use some continuing ed; I also get mail from a cruise line that hires Dartmouth professors to give lectures on what I’m sure are Very Intellectual Cruises. People who get wardrobe makeovers might also need matchmaking services.

Another option is to find another company (or freelancer) in the same situation and trade customer lists or make introductions.

In the case of independent models – the ones who put up profiles on ModelMayhem or OneModelPlace – the people doing the hiring are usually photographers looking to develop their portfolios or simply do their own artistic work. Meaning that there’s no actual ad campaign or client.

I’d head out to someone’s studio, take some photos, and sometimes be complimented for being “On time and so easy to work with!” and whatnot, followed by, “I wish I could use you again, but I never work with the same model twice. Maybe after a long time….”

So, I’d file the information away to email that guy in a year, especially if I had changed my hair or something.

After a dozen of these, I figured, “Wait. I have an asset: a list of photographers who pay real money, regularly hire models, and don’t murder them! Other models want this list, because it is worth money to them. How can I monetize this asset?”

I put up an ad on Craigslist explaining the situation and offering to trade referrals with other models in the same situation. You know, people who keep lists of clients and send thank-you emails and maintain good relationships with people and can also send me an email reply written in the English language and obeying various important conventions of social relations and syntax.

And this is how I met my best friend. We did indeed trade referrals, and each immediately had a handful of brand-new paying gigs for the upcoming month.

There’s an Undermarket for Nearly Anything

The official tastemakers no longer have as much of a grip on anything as they once did. Modeling agencies were once the source of all models, and they decided for whatever reason that 5’9 was the magical minimum height, and that one black model to every twenty white models was a good ratio (it’s not).

On ModelMayhem or OneModelPlace, the most popular models are the ones who are willing to get naked – and who also have something terribly lovely or interesting to photograph. Many women who do not meet modeling agency requirements do pretty well (the ones who make a living have phenomenal business and organizational skills as well, but we’ll get to that soon.) There are tons of listings for urban models, tattooed models, and anything else that a large number of people like to look at.

Modeling agencies are, in a way, going the way of travel agencies. Certainly, travel agencies still exist – large corporations use them to arrange travel for large groups of people. But, if you are an American under 30, it’s likely that you’ve never used a travel agency for the little stuff and never will.

Similarly, large companies certainly do use modeling agencies and will continue to do so. But startups can’t afford agency fees and agency models, and they know that pretty girls are, frankly, everywhere, and many new entrants will work just for the chance to call themselves models. In terms of supply and demand, the oversupply of aspiring models is good for the client and less good for the models.

In general: for every official, expensive thing, there’s an unofficial, cheaper version. Well, for most everything except lawyers and doctors, for obvious reasons. While you should probably stay away from unlicensed buttock injections, it’s not hard to hold your own fashion show or get a free speaker for your event, for instance.

It’s also not that hard to sell people a cheaper, less official, quick-and-dirty version of whatever the expensive thing is. Plenty of people don’t want to pay for big companies’ fancy lobbies and slick marketing campaigns. You don’t have to compete with the big guys when you can just swipe all the customers who don’t want to work with the big guys anyway.

Skills and Talents are Often Less Important Than General Competence

When I was an indie model, I would often get annoyed that photographers would confirm with me two or three times. If I was late (I was too poor for a cell phone!), they would sometimes freak out. Later, I dated a photographer who shot models from the same modeling sites; they very frequently were hours late or did not show up at all. Nor did they call.

Sometimes, days later, they would email saying, “Sorry! I got a paying gig.” Dear god. Would it be too much to send a text? (Or, even better, to tell people upfront, “I’d really like to work with you, but I want to let you know upfront that my policy is that if I get a paying gig for the same time, I’ll have to cancel – and I’ll understand if you do the same.”)

No amount of pretty can compensate for overarching incompetence.

If there’s anything I’ve learned from being best friends with a professional model (yes, she does support herself by it, and yes, she does make a ton of money over fashion week), it’s that while being very tall, very thin, and generally attractive are prerequisites for being a working model, they’re prerequisites in the way that having completed eighth grade is a prerequisite for medical school – you have to bust your ass working for yourself if you want to get there.

Just like beauty, other talents also pretty much depend on a general penumbra of competence, networking, and marketing skills.

My best friend Molly Crabapple – the one I met to trade referrals with in 2003 – is now often invited to speak to young artists at art schools the world over about how to make a career for yourself as an artist. She’s bullishly upfront about how she did it: in the early days, she staged her own gallery shows in unlikely locations; she created events and charged admission; she did certain work for free in order to meet specific people, and took certain unglamorous commissions to pay the bills, and charged accordingly.

When teens reply, as they often do, “But I don’t want to do any of those things – I just want to make art,” she tells them not to be artists. Or, more specifically, to get regular jobs and do art as a hobby.

Dita Von Teese, a self-professed “very ordinary blonde girl from Michigan,” once commented, “If it were just about looks, I probably wouldn’t be the most famous burlesque star in the world, because I’m sure that I’m not the most beautiful one.” Von Teese has also commented that she took Bettie Page – bangs icon for dark-haired girls everywhere – as a cautionary tale who “had no money in the end because she didn’t own any of her images.” She’s a businesswoman before anything else.

Anyone who’s making art, or building bookcases, or stripping, or helping people beat the GMAT, or teaching Pilates, or walking dogs, and thinks that marketing, networking, bookkeeping, organization, etc., are “not their job” is sorely mistaken, and destined for a life of bitterly wondering why “less talented” people keep beating them at everything.

Obviously, I’m suggested that we can be those people. I do my best to make Bullish a good place to start. 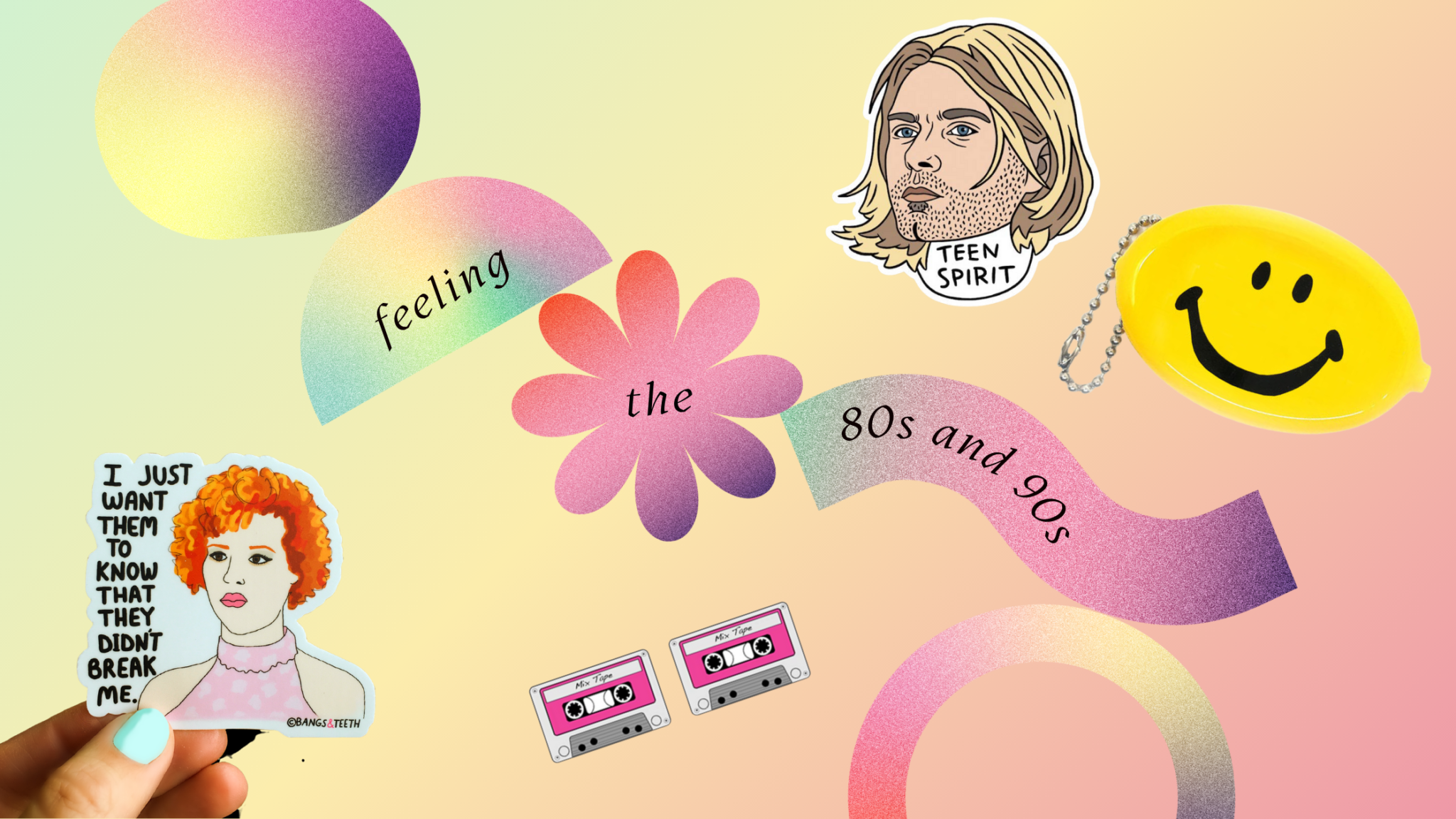 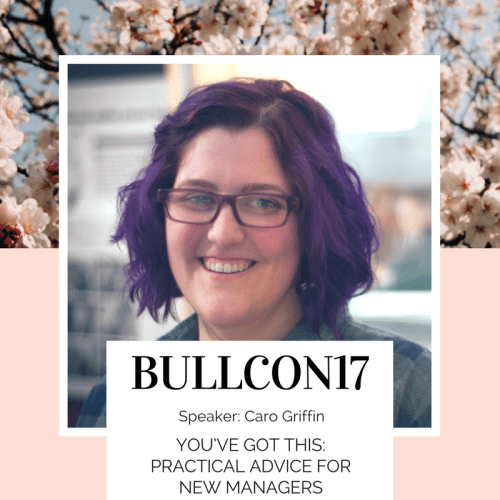 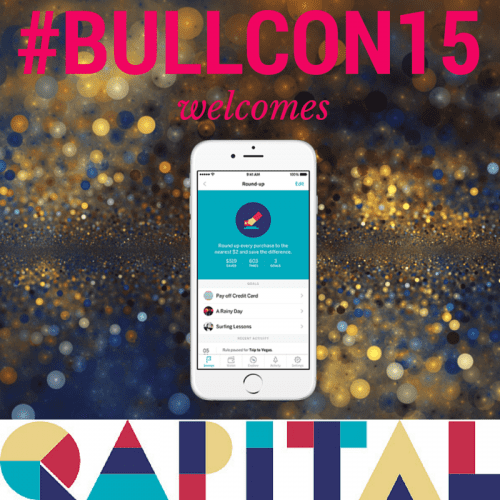 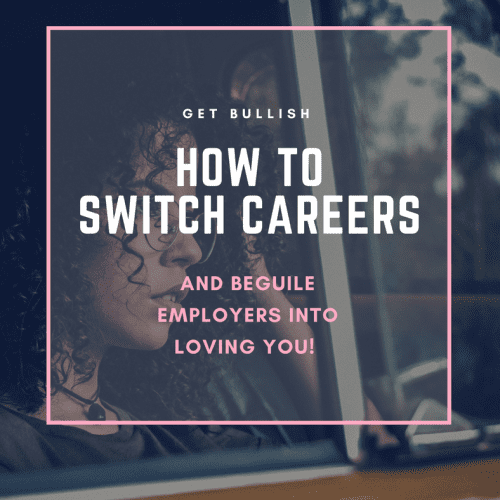