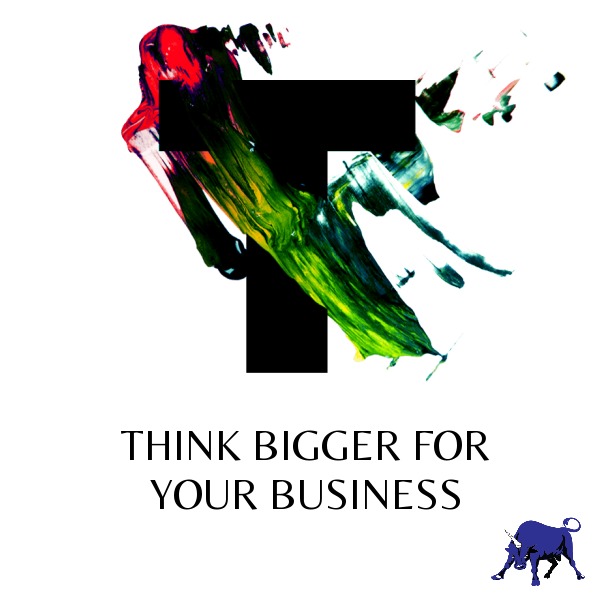 I’m a long-time bullish reader, and big believer in your “multiple income streams” philosophy. Since college I’ve done a number of things “on the side” (first in addition to my studies, now in addition to my work) including selling on Etsy, freelance design, programming and tutoring. The thing is, those jobs never made a lot of money, bringing in maybe a couple of hundred dollars extra a month at best. Last year I started “real” small business, and that has done slightly better – in an average month I make about $1200 net profit, for around 20 hours of work (so…better than minimum wage, at least?) The thing is, I’ve always done this extra work in addition to my day job, which is in a well-paying field, where I work with total bros who are casually like, “Oh, my side business made $40K this year, no biggie.” Am I thinking too small?

Wait, who are these bros you work with whose side businesses make $40K in the first year? Don’t ask me, ask them! I mean, you can also ask me, but these bros are a resource. A natural fucking resource. Please get to know them. Drink beer with bros. De-sex yourself as needed and punch them in the arm a lot to get across the message that, for the purposes of these beers, you are one of the guys. Great.

Now figure out what they’re doing. I guarantee they are passing down know-how and leaving you out. Get in. I’m serious. Do you guys all work in the same industry, but they’re parlaying their expertise in some way that you haven’t figured out? Get off the itty-bitty-business hamster wheel and take a lesson from what may be some offensively entitled dudes who make bank doing completely stupid shit (or some really great guys, I don’t know).

I personally have gained a great deal from seeing arrogant people with stupid ideas get pretty far. It makes me embarrassed that I spent so much time toiling in private on little projects, hoping to be chosen — for something to “happen.” No. This doesn’t work. This is a girly-pink trap. You must stay out of it. Ask the bros — how long would you work at a business before you get a serious return? What if you try for six months and you’ve only made a few hundred bucks here and there? Ask them.

The next thing — your small business is making about $1,200 a month, which is GREAT. If that’s enough to live a better life or pay off your debts, GREAT. But it doesn’t sound like that’s what you want. It sounds like you want a bigger, better life. So: “profit” is NOT being paid by the hour for your work. You are not making $1,200 a month in profit. You are a freelancer who is making $60 an hour. After taxes and administrative time, that’s equivalent to $30-40/hour an an employee. So you have a part-time job in which you make $30-40 an hour. You also own the company that provides you with this part-time job. That company is not profitable. Profit would be money generated in addition to the payment for your time. Profit would be if you hired someone else to do that 20 hours of work at half the rate, and kept the rest.

How can you start a business that makes a profit? One time-honored way is products. Can your work-by-the-hour business become an ebook, an online course, an app, a membership organization? Or whatever these bros are doing?

Also, keep in mind why multiple income streams are important:

1. It’s risky to have all your income coming from one place.

2. You will be ballsier and negotiate better if you are not wholly dependent on your employer in order to live.

If you are really good at your job, you can fulfill these principles without having multiple income streams. (See Bullish: I Like My Job – Do I Really Need a Side Gig?)

You do this by networking and contributing like crazy. And networking not in a suckup way, but in a way in which you are someone everyone wants to talk to. You become a thought leader. You write articles and speak wherever anyone will let you. You get involved in conferences and industry organizations. You make high-profile contributions. You do coffees. You treat every interaction with people from other companies as though you’re putting yourself out there as someone anybody would want to work with. You get yourself in a position where people are regularly saying to you, “If you ever decide you want to move on, you’ve always got a job here at CompetitorCorp.”

I talk about multiple income streams because I don’t want people, especially women, to be dependent on and taken advantage of by companies. That’s all. There are many ways to get there. 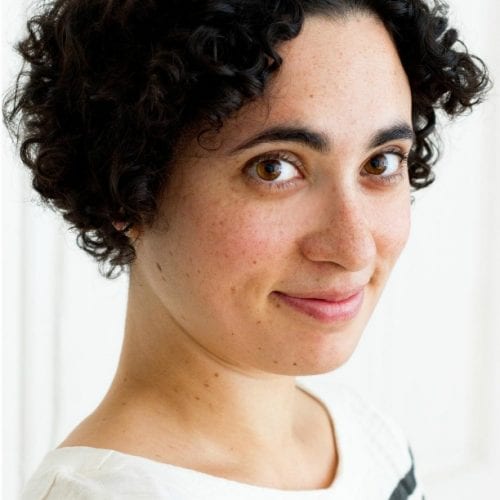 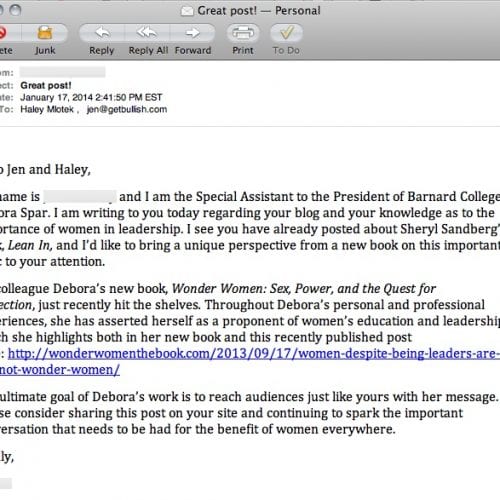 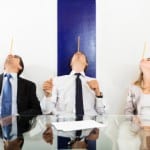 Bullish: How to Get Out of Meetings, Permanently