That relationship didn’t last — I suppose my unusually pacific uterus is back on the market — but that compliment really struck me.

Despite my own mother’s fairly low resting stress level, I was an extraordinarily stressed out teenager and young adult. I could easily make myself sick with stress; I suspiciously came down with laryngitis two years in a row before the state debate tournament and then got my voice back right at the very last minute; when I ran my dotcom, I could stress-procrastinate for many hours (“stress-procrastinating” is when you are doing nothing, but feel that you are morally excused for that because at least you are suffering).

My company failed, which was fortunate because the amount of stress caused by that event was so great that something snapped inside of me and I was no longer able to feel stress in the same way, as though my business failure were hardcore pornography and the regular stresses of life were my dull and conventional spouse: below a pretty high bar, I just don’t feel anything anymore. (Donating eggs was also enlightening — see Bullish: What Egg Donation Taught Me About Being a Dude.)

Specify the worst case scenario, and put it in its place.

It was true that it was too late to ace the SAT. By the time I’d been called in, this young man was many years behind in both math and reading skills. We worked to raise his scores from rock-bottom to average. And now he was freaking out. I said, “Okay, tell me this. You know you’re not going to Harvard?”

“Of course not,” he said, startled. His first-pick college was a low-key local school.

“And do you really think your parents are going to let you not go to college at all?”

He calmed down like he’d been away at meditation retreat. Then we did some math.

Most things that terrify and stress us out are kind of ridiculously not that bad — or not that likely — when we actually nail down the worst case scenario. In many cases, the worst case scenario is something like, “I’ll be embarrassed.” Hmmn. Embarrassment is an uncomfortable emotion. So is stress. We all experience embarrassment from time to time. If we’re guaranteed to have to feel embarrassment, why top it off with an additional unpleasant emotion?

Consider: I find that life goes much more smoothly as a business owner if you accept that you will simply lose money sometimes. Beating yourself up doesn’t get the money back. Every reneging client or bad decision isn’t a failure about which you must experience emotion; it is simply a normal event, like getting the flu. Retail stores expect people to shoplift; it’s built into the business plan. You can try to cut down on these events, but you will never eliminate them.

Embarrassment and failure are similar. They will happen to you! Once you accept that (“I will definitely be embarrassed sometime this month”), it’s hardly worth thinking about. We’re all going to die anyway, you know?

If your worst case scenario is something much worse than embarrassment, actually map it out — be really specific. You lose your job, then you can’t pay rent, then you and your child have to move back in with your parents, and your child sees you fail and feels insecure, and you never get your career back together. Keep going — what else? And then your kid grows up to hate you and you end up on welfare and you never get health insurance and you die of tetanus. That got kind of ridiculous, right? What I love about mapping out a worst case scenario is that it usually gets less and less likely as you go. It’s pretty likely that the chain of badness runs out of steam at some point, and then you have to acknowledge that your kid would enjoy spending some time with the grandparents and that tetanus is a ridiculous thing to worry about dying from.

Seriously, what are you worried about? Map it out. With arrows. It is probably not a very scary drawing in the end.

I remember being both appalled and fascinated by the human condition when I took a class in rhetoric and was apprised that neuroscience has apparently determined, by looking at what parts of the brain activate in certain situations, that people change their minds based not on logic but on how they want to see themselves; they change their minds in order to construct more desirable identities for themselves or to preserve a long-held identity. I don’t know if this is always true, but it certainly does seem to explain a great deal of human behavior (and irrational beliefs about Obama’s birth certificate).

There is a good chance that whatever you are stressed about is so stressful because it threatens your identity. For instance, if someone you were dating took you to a Latin dance class — something you’d never thought about before at all — and you turned out to be terrible at it, would you stress out? Not so much, right? Because that doesn’t threaten the way you want to see yourself.

In any case, if you are stressed because you are failing at something pretty central to how you view yourself, helping someone else gives you an alternate way to construct a positive identity; it takes the pressure off the need to preserve your identity as a successful employee, or a person in a stable relationship, etc. If you are the person who cleans out dog crates at the local animal shelter, then you’re a pretty great person regardless of what else happens.

Exercise your theory of mind.

I am fascinated by the idea of theory of mind — according to Wikipedia, “the ability to attribute mental states to oneself and others and to understand that others have beliefs, desires and intentions that are different from one’s own” — and the amazing fact that some people lack it. Very small children and many pets lack theory of mind, and accordingly are not at all clear on the fact that you can still see them when they close their eyes.

People with certain cognitive deficits can have a poor theory of mind. For instance, such a person might note, “I am not good at schoolwork today and everything is boring and stupid,” and would also know factually that “Dad died yesterday.” Yet such a person, incredibly, would fail to make a connection between the death of a loved one and performing poorly in school; instead, he might conclude that he was “stupid” or a bad student.

I may be stretching the idea of theory of mind a bit here, but this capability can be exercised. TMI alert, but I get really angry for about six hours a few days before my period. Certainly, hormones can make a person extremely but temporarily enraged. So it’s pretty easy, after years of practice, for me to say to myself, “I am having some irrational fury right now.” (And then, ideally, “I will not show outward signs of anger, because neither the FreshDirect delivery man nor the person who designed this electric toothbrush really deserve them.”)

So, just as you would say, “I am having a backache,” how about “I am having some stress”? And then examine it from the outside, just as if had you said, “I am suffering from influenza,” you could easily imagine the flu as an outside invader, and your actual self as being one that does not have influenza.

Also very helpful in viewing stress as a foreign presence that can be examined is keeping a simple journal of what ails you. Nothing fancy, just a little Google doc or something — “2pm, considered tearing out own hair. Wish X would do his fucking job. Possibly going to cry. Hid in bathroom 5 min.” Try this for a week. Are you always stressed at the same time of day, or around the same person, or when you’re hungry?

Either you’ll find a pattern and be able to make some changes, or you’ll be better able to compartmentalize stress and view it from the perspective of an outside observer who peers quizzically but, quite frankly, has better things to do.

Note that nowhere here am I recommending massages, bubble baths, or languorous walks on the beach — at least not as a sole solution. I’ve had the experience of escaping my stress for an hour to get a massage, and then spending the entire time continuing to obsess and wondering when the hour would finally be over so I could go try to actually fix the problem. What a terrible way to blow $100 and end up with a bruised trapezius.

Relaxing your body doesn’t work very well when your mind won’t play along. You can’t paste relaxation on top of stress. You have to address your stress head on: acknowledge it, define and analyze it, and ultimately put it in its place.

Friday Links: A Drove Of Bullicorns 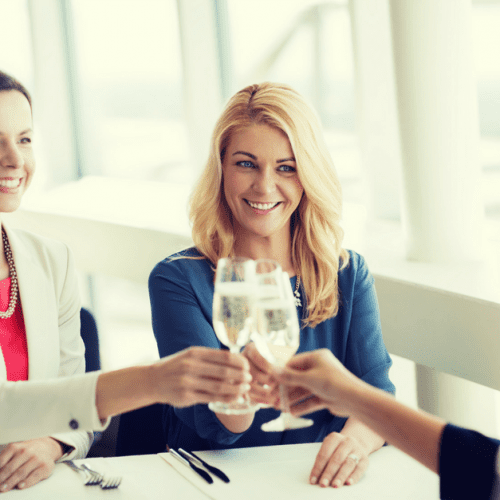 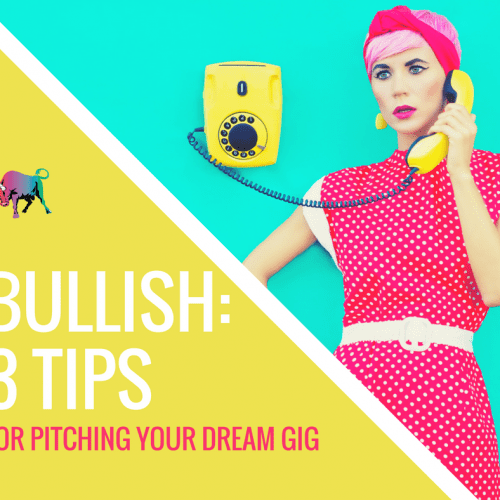 Bullish: Three Tips for Pitching Your Dream Gig (And Why You Need To Pitch)