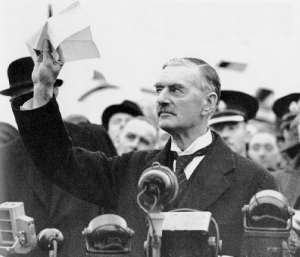 And then 15 people chime in underneath: “Haha I know!”, “Doctors are just fronts for pharmaceutical giants that want to take your money and feed you poison,” “Tequila’s on me!”

Are you kidding me? It’s hard to be the Internet killjoy who types, “That could actually be really dangerous. Did you ask your doctor or pharmacist what could happen if you do that? Your life is more important than being able to blah blah blah now I’m your social networking mom except you sound like you never had a (sensible) real mom in the first place.”

Of course, this happens in real life as well. I once had a very sweet and buoyantly enthusiastic friend who Loved! Any! Idea! I! Had! As in, “Really, that strangely aggressive guy proposed to you after two weeks? Awesome, that will be really good for you!” and “You want to start a retail store for goldfish owners? That’s an amazing idea! You should sink all your savings into that right away!” and, “You’re so depressed you want to quit your job? I bet that will make you feel much better, just like you are saying right now into your beer!”

Sometimes, being nice in the moment is not actually being nice. If someone is about to drive off a cliff, a friendly wave is an insufficient expression of friendship. If someone is about to leave her perfectly nice husband because the sex has become somewhat less exciting, “I support you in everything you do” is actually a pretty terrible response, not just ethically, but also in the sense that people making decisions when they are depressed or undergoing major life changes will often regret those decisions later.

An enabler, in psychological (and Alcoholics Anonymous) parlance is a person whose behavior makes it easy for someone with an addiction or dependency to continue her damaging behavior. Enablers might lie to cover up a person’s addiction, ignore the behavior entirely, or engage in extraordinary efforts (doing someone’s job or schoolwork for her) to compensate for her dysfunction. The enabler helps the troubled person avoid responsibility, and assists her in continuing her harmful behavior. Why do people do this? Sometimes, out of misguided expressions of love, of course, but often to avoid conflict.

Living your whole life trying to avoid conflict can cause many problems.

An anecdote: I, not long ago, rejected a guy for a date when he told me he was a pacifist, and when questioned, said that “I would never attack anyone ever and I would go to jail rather than participate in any way in war.” Including, apparently, that one war in which we freed people from concentration camps. You know, that one. (It didn’t occur to me to also ask him if he would attempt to defend me if we were attacked while on this proposed date.)

I replied that I would fight to the death in a war against not only the Nazis, but any number of gang-raping warlords. Once you’ve raped and murdered a couple dozen women, I will personally, if given the chance, stab you in your hideous rapist throat. Obviously, I believe conflict is sometimes necessary and just. (See also Bullish: In Praise of Anger [and How to Use It].)

I think it is a sign of an underdeveloped ethics to only have answers to ethical questions that involve everyone else also being ethical. For instance, “Should you ever invade another country just to take their land?” Um, no. Obviously. That is not an interesting ethical question if you are over the age of seven. How about, “Should you ever invade another country to stop genocide? How about campaigns of rape? How about child sex trafficking?” Can you shoot someone who’s about to shoot your mother? Nearly all complex ethical issues involve the question of how we ourselves should act when others act unethically.

The ethical and relational issues most of us deal with in our personal relationships are obviously much less serious. (Wait, did this week’s Bullish really bring Hitler into it? Apparently. This is what we call a “debate team fail.”). Nevertheless, avoiding conflict is often not being nice at all. It’s just being spineless and cowardly. Ever notice that women are rarely called out for being “cowardly”, and rarely praised for being “valorous”? Well, I’m starting.

Many of us make the mistake of compulsively avoiding conflict on both sides of the equation — we don’t tell our friends hard truths even when asked, and we don’t seek out advice from those we know will disagree. The Internet allows us to curate our relationships in ways that were not possible when we were constrained by physical distance, technology, and stricter social structures: today, you really almost don’t ever have to talk to people you don’t agree with.

The result is that you don’t have to be a fat-cat CEO to surround yourself with yes-men; some of the least influential people on the planet are able to surround themselves with an insulating circle of ever-chipper flunkies.

A gentlewoman (see Bullish: How To Run Your Career Like A Gentlewoman) has a stronger constitution than this.

Do you make excuses for your friends? Or even for your employees? Managers who enable can end up hurting far more people than they help; someone who makes excuses for an underperforming employee is saying that it’s okay that all the other employees have to pick up the slack. It also doesn’t help the employee, who never takes responsibility, fixes the problem, or finds a more suitable career.

A 27-year-old woman I know posted to Facebook, shortly after her wedding: “I’m 27. I wonder if I should be thinking about having a baby, but there’s so much to do. But I wouldn’t want to wait too long and not be able to.”

I have regularly written (see Bullish: Financial Planning for Motherhood) about how, quite inconveniently, our eggs do not last as long as we might want them to; I was an egg donor, and I especially notice when fortysomething celebrities just seem to effortlessly have babies. Many of those babies are not biologically theirs. If Halle Berry’s daughter is genetically the offspring of a (super gorgeous!) egg donor, you and I will never know. Also keep in mind that there is a reporting bias in our perceptions of who is able to get pregnant: 38-year-olds who are able to have children tell everyone their happy news, while 38-year-olds who are stabbing themselves in the stomach with expensive fertility drugs don’t talk about it as much. This gives us a warped perception of the possibilities.

Below my friend’s post, various women wrote, “Don’t worry, you’ll be fine!” and “I got pregnant at 39! Never worry!” Never worry? I mean, if you’re already 39, maybe some relentless positive thinking is in order. If you’re 27, though, smart planning is far superior to careless, mindless optimism. The only time I’m ever caught in the rain without an umbrella is when I irrationally tell myself, “It won’t rain! Today is so special for me that it couldn’t possibly rain on my parade!” And then it does. Irrational optimism is wildly inappropriate when smart problem solving is still possible. That is, if you already have cancer, I might tell you any positive thing you want to hear; if you don’t have cancer and you smoke two packs a day, it would be pretty fucking irresponsible for me to tell you, “Don’t worry! It’ll all work out fine!”

Are you enabling others? Can you instead love people, while also having higher standards than they do?

You can support others without condoning behavior that is self-damanging or that damages others. For instance, your friend is going through a breakup; it’s sort of part of the girl-code to say, “He’s such a loser.” Even if you know it’s your friend who really has the problem. Instead, try, “I’m so sorry, you must feel terrible.” That’s a good non-enabling response in any situation: “I’m sorry you are feeling so bad.”

Are you being enabled?

Do you ask for advice or reassurance from people you know have lower standards than you do? My buoyant friend who loved everything I did — pretty soon I realized that if I was asking for her advice about something in the first place, I actually already knew it was a terrible idea, and I just wanted a mood-booster before I did something stupid. Similarly, being enabled might mean asking for career advice from your very kind and well-meaning grandmother — who you know is from another era, when career ambitions weren’t really important for women. (Conversely, if you ask me for advice, I’m assuming you expect to be told to do difficult and awesome things.)

Sometimes supportive friends are too supportive. Are the people cheering on your every move living the kind of lives you want to live? Almost certainly not, right? If not, maybe you should seek out more formidable and challenging people from whom to receive advice (see Bullish: How to Woo a Mentor or Forge Your Way Without One). Or just politely stop listening to empty, unearned kudos.

I was thinking about my friend, who genuinely wants children and was wondering when to think about having them. If the cheering gallery has their way, maybe she misses her chance, or maybe she just doesn’t plan. I’m in the having-all-the-information gallery. Maybe with all the information, she decides she doesn’t want kids after all. But well-made decisions do not begin with an “everything you do is awesome even when you act unthinkingly.” Maturity doesn’t just “happen” to you and then you go make responsible, adult decisions; rather, you make responsible, adult decisions and become more mature.

It takes a courageous gentlewoman to politely ignore supportive remarks that are meaningless, and to offer compassionate truth rather than cheerful platitudes to those who are suffering. But that’s exactly what all of us, and those we care for, need more of.

Keep Up The Fight Black Tee with Flower Design 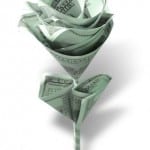 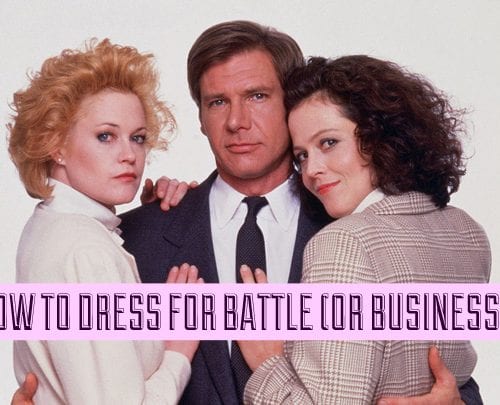