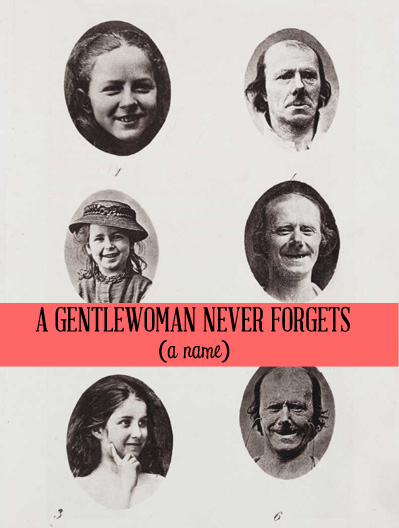 I teach evening classes to adults, and I often have about 90 students at a time. I remember all their names (at least the names of the students who show up regularly).

My first year of teaching, I didn’t. I just gave up: there are about 16 of them per class and only one of me, and unfamiliar names (Iftikhar, Joo-Eun) sometimes require memorizing a pronunciation as well.

Once, I forgot a student’s name, and he said, “It’s John. John. Like a toilet.” And that made me sad. And I did indeed think of a toilet every time I called on him. This is not how John or I want to live.

There are some very good ways to remember names.

First, let’s get this out of the way. Do not say, “Oh, I’m terrible with names.” Wrote commenter Bob V. on this column, “Whenever I hear a student say that they are not good at math, I want to tell them that I’m not good at juggling either. I tried it for about five minutes once and gave up.” Same with being on time or drawing or even carrying a tune. Saying you suck at something that you have failed to research and practice is a weak cop-out.

In sum, I know why people like this are terrible with names:

The usual advice for remembering names goes something like this (from the summer 2011 print edition of Brain World magazine):

It is always best to associate the sound of a person’s name with something you can clearly imagine,” says Ed Cooke, one of [memory champion Joshua] Foer’s memory trainers. It’s all about creating a vivid image in our mind.

To remember “Joshua Foer,” think of “You joshing me and breaking me into four pieces.”

To remember, “Amy,” think of “A bulls-eye target on my face.”

Memory experts generally then go on to say that the more outrageous the image, the more likely you are to remember. These experts often recommend that you, for instance, “Imagine a ham that weighs a ton spinning on the end of Mrs. Hamilton’s nose” or “See margarine melting through Margaret’s curly, blond hair.”

Let’s keep going! Try “Barbara.” She’s lifting barbells! Twice. And then she’s like, “Ahhhhh.” Bar-bar-ah. Cool, now your mom’s friend is a sexually aroused bodybuilder. This is going so awesome.

How about we try some of TheGloss’s staffers? [Note: a version of this article originally appeared on TheGloss.com.] If you meet Editor-In-Chief Jennifer Wright, you could think …. um … hmmn, this is hard. “Jennifer” is a really common name but it doesn’t sound like too much stupid shit. It’s kind of like Zen-i-fur. So maybe I’m picturing Jennifer Wright as a Zen monk who wears fur. Oh, perfect! Zen-i-fur! That will not be confusing when I recall the image later.

How about Deputy Editor Ashley Cardiff? Well, ashes. That’s nice. Now someone has died. And Lee is a brand of mom jeans. So now someone’s mom has died, and she didn’t even look good doing it. Ash-Lee.

On to Contributing Editor Jessica Pauline Ogilvie. “Jessica” is also a pretty common name. It sounds like … nothing else in the English language. Herman Hesse? Wait, is that pronounced “Hess” or “Hess-e”? I never learned any German. Wait, now I’ve missed whatever Jessica was saying. Maybe I could just imagine her as Jessica Alba. Okay, good. This is going great. I am superimposing celebrities’ faces onto people.

Just as thinking of my student John as a toilet, or on a toilet was simply not how I wish to interact with others during our limited time on earth, I think this is a degrading way to think about people. And I think that, on some level, they might know.

I think of myself as having a strong sense of gravitas (see Bullish: How To Run Your Career Like A Gentlewoman). You know that machine at the airport where you’re supposed to not only get naked-scanned, but also pose with your open palms up near your head? Awkward. It was made worse by one agent at LGA who insisted, “Put your hands like Bullwinkle! Thumbs on your head! Antlers like Bullwinkle, people!”

I found this profoundly unnecessary and degrading. Kind of like imagining a ham spinning at the end of someone’s nose.

There is enough degradation in this world; do not diminish others for no reason.

Similarly, if you have wildly inappropriate sexual fantasies about your coworker all the time, that might influence your actual interactions with that person. A lot of what we call “intuition” or “being seriously fucking creeped out” is related to our brains picking up on body language and other tiny cues and processing that information at a subconscious level as emotion. People sometimes know what you’re thinking about them, even if they don’t know why they know.

On a more positive note, I’m sure you’ve heard before that if you smile while on the phone, people can tell. It’s true! Your goodwill somehow spills over.

So, if Mr. Hamilton would be able to detect your smile over the phone, don’t you think he might be aware on some level that you were imagining him looking fucking ridiculous? What if Mr. Hamilton has made great contributions to society? Does he deserve your stupid ham-thoughts? Even if your mnemonic helps you remember his name, name-remembering is not an end in itself. What, actually, was the purpose of remembering his name? Probably to have a meaningful interaction with him, right? SO NO HAM.

The alternative, in my view, is based on research about memory. In my masters program in education, I did a lot of work with the idea that emotion is necessary for laying down long-term memory (and thus teachers must have a pretty excellent bag of tricks for activating emotions about, say, trigonometry). My notes have a bunch of stuff about the hippocampus, which I’ll spare you here. In sum, emotional arousal both increases memory encoding (the process of designating information as deserving of a spot in long-term memory) and helps to keep a memory from “fading” over time.

So, here’s my method for remembering names:

Of course, some traditional techniques, like writing down the name later or making a note on the person’s business card when you get a moment, can also assist.

But let’s talk more about #4. If you are a nurse, a teacher, or just a nice person, “caring” is a good emotion to call upon. I’ve written in many columns about how emotional control is very important for your career and life; you absolutely can care on command, and in many jobs, it is an ethical requirement to do so. (See Bullish: Personality Qualities That Are Way More Important Than Anything on Your Resume, Bullish: F*ck Corporate Personality Tests and Take Control of Your Personality, and Bullish: How to Win When the Workplace Runs on Feelings). I sometimes imagine that I am someone’s mother. (I don’t imagine adults as kids — I’m sort of imagining myself as sixtysomething.) It’s easy to think of even the crustiest, least pleasant adult as once having been a sort of awkward child, and look at him now! He’s come so far! He was once three and now he wears neckties! Of course, every mother wants even the most unlovable child to do well.

But these mental gymnastics are not always necessary — just simple deliberate caring.

Another easy emotion to elicit is “interest.” As in, “Holy shit, I cannot wait to learn more about Balaji! He is just a box o’mysteries! BALAJI BALAJI BALAJI — there is a void in my brain that needs to be filled with the enigma that is Balaji!”

Want to come across as charming? Activate the “secret admirer” emotion. (I am insisting that that is an emotion for the purposes of this column.) As in, you really like this person and want good things for them, but in a sly, secret, O. Henry sort of way that you can’t let them know about, although eventually they’ll probably figure it out. What a nice emotion to have about strangers! That is so much better than imagining them with stuff on their heads!

So, that’s a pretty good method for remembering names. But it requires your full emotional participation!

Want to try it? The gallery below features eight strangers whom you will meet in a variety of circumstances! For each new person, try the above steps. Care! Be overwhelmed with interest! Admire secretly!

Then, there will be a quiz! Because, as always, Bullish expects a lot from you.

And now, the quiz!

That’s the end of the quiz! How did you do? Like any skill, remembering names can be improved with deliberate practice and by following specific steps. I hope this has helped with Halinka, Mark, Cameron, Corey, Peter, Ariel, Brooklyn, and Balvinder. Au revoir! 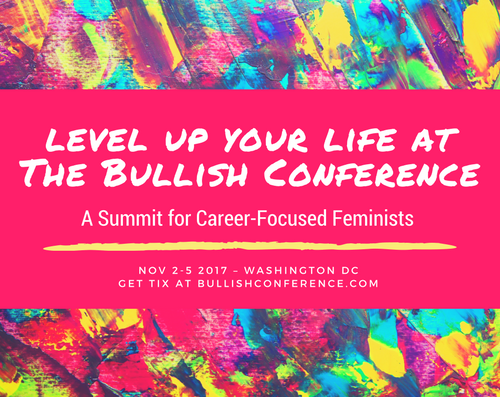 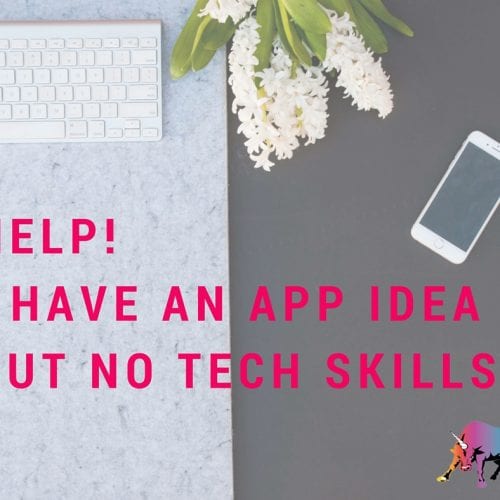 Bullish Q&A: I Have an App Idea But No Tech Skills. Help! 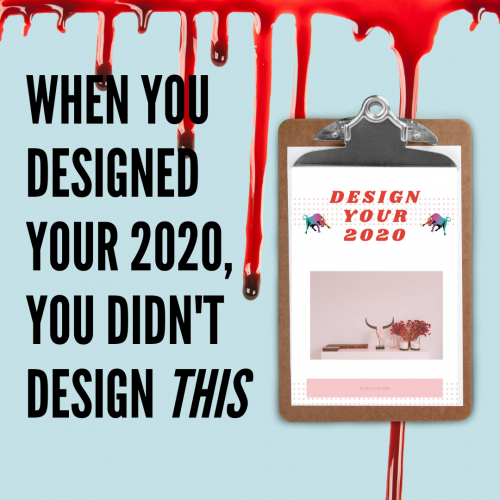 When You Planned Your 2020, You Sure as Hell Didn’t Plan THIS