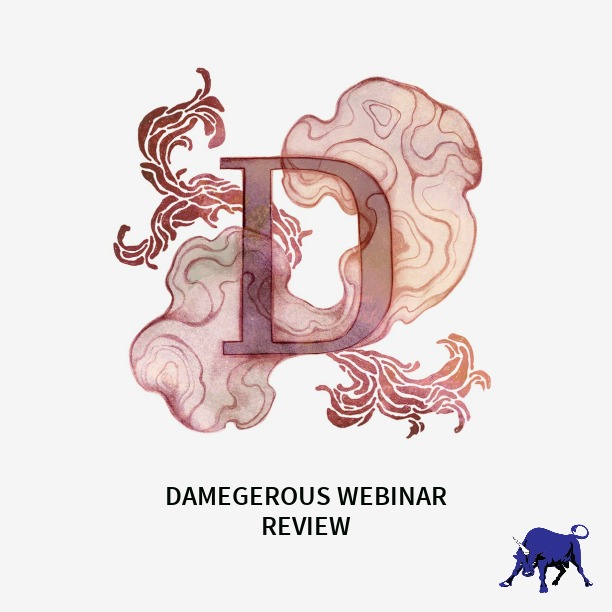 Chelsea Berscheid is a Canadian business student from Saskatoon, Saskatchewan, studying at Saskatchewan Polytechnic who moonlights as a video game salesperson. She writes articles for millennial women about business, building skills, life milestones, and about inspiring people on her website Damegerous.

On January 15th, Jen Dziura hosted her first webinar of the year on the topic: Who Can Help You? Ask, Reciprocate and Build Up Your Board of Advisors. Her readers, also known as bullicorns, gathered to share their questions on networking, mentorship and making professional requests. A new feature for the 2015 webinars is the option to send questions in advance to Jen on a powerpoint slide that she will add into her presentation and address directly. While Jen delivers the presentation, all attendees can keep the discussion going in a chatbox.

The inspiration for January’s topic came from the final webinar of 2014. In the Design Your 2015 worksheet, there is a section to ask someone for help, and a checkbox to be filled before moving on with the exercise. That section caused the attendees quite a bit of anxiety. Those who submitted slides to Jen in advance were asked what holds them back from reaching out to others for help. The topics discussed in the webinar can be broken into three categories: How to Combat the Fear of Asking, How to Create the Best Requests, and Bro it Out.

How to Combat the Fear of Asking

Asking for help can be scary for a multitude of reasons. I am guilty of not making requests because I’ve already decided the outcome in my head before I even pose the question. They won’t do it, I’ll be putting them out. Some people struggle with social anxiety, while others feel that they aren’t in the position to return a favour.

Jen asserted that especially as a young person who is starting out in a field with minimal resources, the one thing that a person has an endless supply of is embarrassment. If the only thing you have to lose is the potential of feeling foolish, you haven’t lost any limited resources. This really struck a chord with me. From a transactional standpoint, I can afford to be embarrassed in exchange for the possibility of having my request granted. In November, Jen wrote a Bullish article and noted that if you ask politely and without entitlement, you truly have nothing to lose, even if you are asking for freebies.

Asking for favours from others can be easier said than done for those who are introverted or experience discomfort in social situations. It is a struggle to network and create the connections to be in the position to make requests in the first place! One of the ways this was addressed in the webinar was maintaining control over the conversation and social environment. Preparing material in advance, such as an article to discuss, can take some of the pressure off from feeling put on the spot. In her article for the Daily Worth, Jen offers fantastic ideas for how to make others come to you instead of suffering through icebreaker games at networking events. Another new and exciting resource for dealing with introversion in business is Full Disclosure. Kathryn Hall of The Business of Introverts is offering a free 31 day email course detailing her journey to self-employment. Enrollment for the current session is closed, as the course is running throughout the month of February, but you can sign up to receive an email on information for future sessions.

The discussion in the webinar turned to recognizing reasons as to why the person you are asking might say yes. While there are those out there who will help you out of the goodness of their heart, altruism is not something you can depend on in a business environment. To defeat the assumption that the recipient of your request will turn it down, determine what might prompt a yes. Can you appeal to their ego without being a stomach-churning sycophant? Is there a favour they can cash in from you in the future? Is your work consistent with the values you have seen them express in their own projects? Jen laughed, “If what you are asking is environmentally centered, great! They may not even need to like you, they may just like the environment.” Creating a tailored request may help to alleviate inner doubts and make your ask easier.

How to Create the Best Requests

When I took Introductory Business Communications, we were taught that an effective message follows the 4 C’s: clear, concise, complete, and correct. Cheesy, I know, but useful nonetheless. These strategies for crafting an ask are reiterated by Susan Krauss Whitbourne PHD from her article in Psychology Today: keep your request simple, straightforward and relevant. I was reminded of my BCom lesson when Jen detailed what makes a good ask. The best favours are well-defined, with an established end point. Nobody wants to take on a vague obligation that could continue indefinitely. An ideal request is one that won’t take a large amount of effort on their part, but would benefit you greatly. You can find examples of good and bad requests in Jen’s article for The Muse: How to Brazenly Ask for Favors to Boost Your Career.

A reference that is often made in Bullish is Daniel Gilbert’s book “Stumbling on Happiness. ” He asserts that asking people for something far in advance makes them more likely to say yes. This is certainly true for my own life. If you told me that you were organizing a fundraiser next year for charity work overseas and asked me to volunteer, I would probably agree. If you need me to punch tickets for you on Saturday, it’s another story.

I laughed out loud when I saw this slide, as I have often had the same thought. What successful person is just going to agree to take you under their wing and hand over all their trade secrets? (This is obviously a capitalist North American response, as other cultures have a strong focus on mentoring and apprenticeship, such as the senpai/kouhai relationships in Japan) Often extremely successful people are pioneers in their field, and never had a mentor to advise them. If you are reaching out to someone to be your mentor, remember the 4 Cs in your request, don’t go in with the vague expectations of wanting “help”. You can also draw on some of the strategies for introverted networking, such as building a reputation that will proceed you.

An older Bullish article asked a question that was reiterated in the webinar: Are you really looking for a mentor, or do you just need a Board of Advisors? Rather than hoping to court a single person to be your business guardian angel, why not have a group of individuals that each offer you wisdom on one specific topic. Find someone who will let you pick their brain on investment strategy over coffee and another for your marketing. Lawton Ursrey offers some advice for how to put together a group and how to make the best use of their time in a guest article for Forbes. The Board of Advisors approach is a much smaller commitment for everyone on your board, and could be seen as a more reasonable request.

As I say that, requests don’t always need to be reasonable! During the webinar, several tongue-in-cheek references were made about unleashing your inner bro. Similar to a shoulder devil, our inner bro reminds us to be brazen and fearless in our requests. Jen’s example, “Ask yourself, would Bro Brosephson be embarrassed to work for free in this situation? If the answer is yes, that is a good sign that you shouldn’t do it.”

You have likely heard of The Confidence Gap, and the statistic that was discovered. Men will apply for a job they are 70% qualified for, while women waited until they fully met all of the qualifications. A study by the Havard Business Review searched for the reasons as to why women didn’t apply. The top three answers that made up nearly 80% of the responses were:
a) believing they wouldn’t be hired for not meeting the qualifications and not wanting to waste their time and energy
b) assuming that them not meeting the qualifications would lead to rejection, and not wanting to put themselves out there to fail
c) they were following the guidelines in the job description for applicants

Men often face more rejection than women, and even go so far as to practice being rejected, whether this is to become more business savvy or to be a better pick-up artist. (Ugh.) Jen referenced a project about man named Jia Jiang who attempted to be told no 100 times in 100 days. You can find a full chronicle of his outrageous rejections here. I don’t necessarily recommend asking to interview President Obama like Jia Jiang did for his final rejection, but getting used to hearing no is a useful strategy to overcoming a fear of making bold requests.

Jen encouraged the bullicorns to screenshot this slide of rejection scripts to be better prepared for the inevitability of the “No.” All of these phrases are professional and respectful when used in the appropriate situation, allowing you to maintain your dignity. If your request is dismissed, bro it out. The problem was with them, not with you.

As previously mentioned, embarrassment is a resource that we have an endless supply of. Conquer your fears and craft your asks accordingly, because if you aren’t being told no every once in a while, it is a sign that your requests aren’t big enough!

It was a fabulous start to the webinar year, and I, for one, am ready to fire off a bunch of emails to consolidate my own board of advisors! Do you struggle with reaching out and asking for help? Are there any strategies you use to face fears of rejection? Feel free to share in the comments below!

You can purchase subscriptions to the monthly webinars at the Bullish Store. The syllabus for the year’s remaining webinars is as follows: 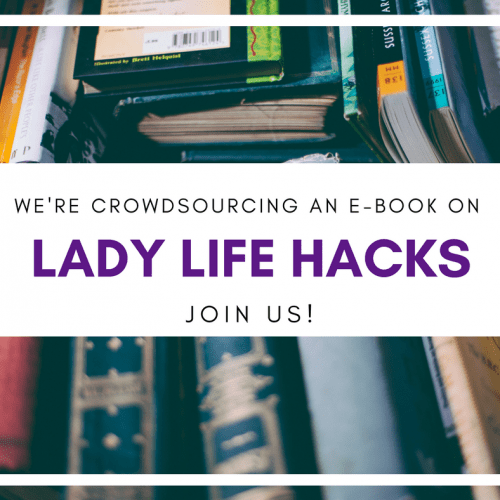 We’re Crowdsourcing an E-Book on #bullicornhacks 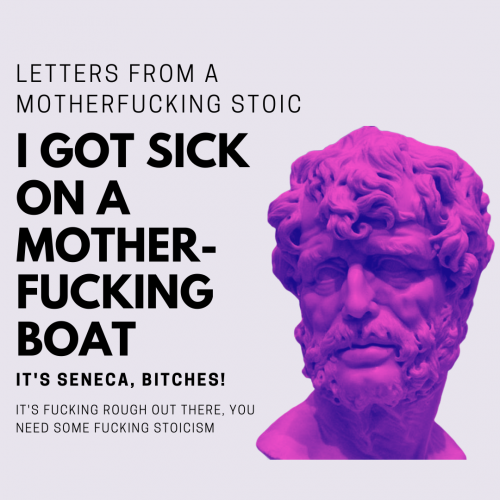 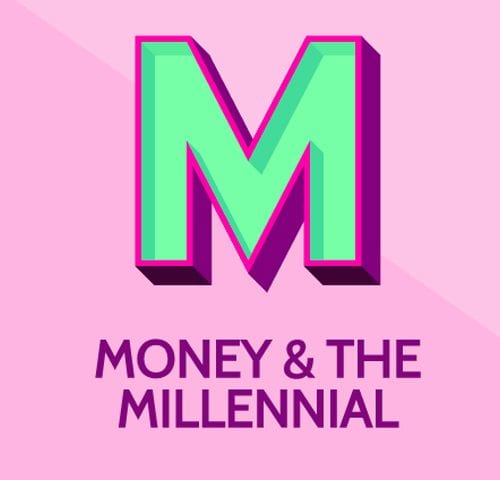 From The DailyBull: When Is It Time To Stop Getting Help From One’s Parents?