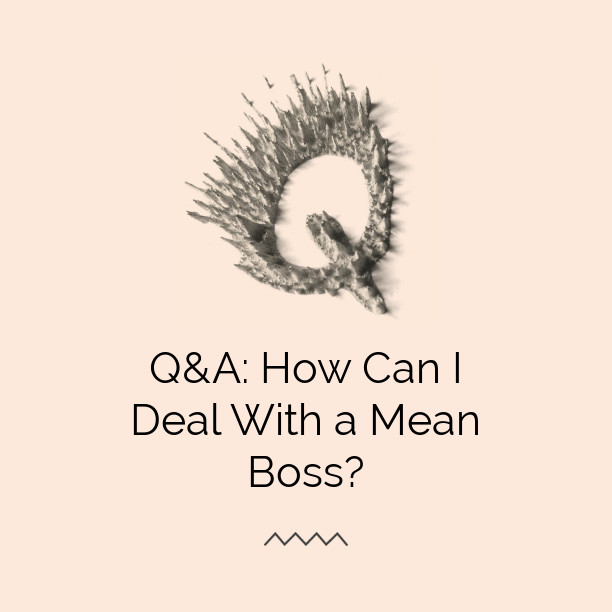 After 10+ years into my career, I have finally nailed my dream job: account executive at a huge, prestigious advertising agency (I pitched the hell out of it! I negotiated my salary! So proud!). The key reasons why I got hired are my interpersonal skills: I figured that diplomacy and great relationship management are essential in handling advertising professionals’ egos, and have deliberately worked to improve on that subject. So far, it has worked.

The Account Director who hired me has made very clear that my main challenge in this job will be my direct boss: although competent (of course), she is “difficult”, “tough” and “overall disliked” by her peers, and he feels that she may feel threatened by me and impair my growth in the agency. I haven’t met her yet.

Besides the obvious reasons why I want my boss to like me, there’s one extra: I want to learn some technical skills regarding digital advertising in which she is great at, as fast as I can, so I can grow in my field. So I really want her on my side, and that she sees me as an ally or a pupil, rather than a threat. After all, there is plenty of room for us both in this company.

How can I make the best impression from day one and get her to trust me over time? Although I am by no means propping up my career with my looks, I am aware that I am more attractive than average, and it could be a problem when facing an insecure boss. So will it help if I tone down the “attractive factor” by keeping make-up to a minimum and wearing glasses more often?

Hi there, and good question!

So, being a boss is supposed to be their “reward” for their own talent.

But then they discover the rude reality — managing people is work. Work totally unrelated to the skills for which they were promoted. Instead of receiving the reward of underlings that make their own work easier, they got more, weird, new, different work that they’re not very good at.

Such managers are deeply resentful that their employees don’t just magically “perform.” They don’t just show up and know what to do and do it and thank the manager for the opportunity. Instead they want direction and training and feedback and a career path and time off for their sick kid or whatever. Now everything sucks for everyone.

I can’t know if that’s exactly what’s up with your boss, but it’s a good stab at it.

Whatever her deal, your boss is clearly angry that other employees aren’t what she had hoped.

What had she hoped for?

It’s your job to find out, and fulfill that as much as you can without violating your own dignity and professional ethics.

Maybe she wants every little task done exactly her way. Or maybe she wants the opposite: for you to woman up and figure out how to do big things on your own without needing instructions for every goddamn little thing.

And then don’t do that.

So you should get a meeting with her. Ask for a meeting. Make it happen.

And then, along with the usual discussion about the tasks to be completed, ask some questions about working style. Does she want more updates, or no updates? Does she love to micromanage or does she despise weaklings who can’t function on their own? And see if you can build up to, “What has disappointed you about previous employees?”

On your other point:

It’s certainly true that unusually attractive women can face a certain enmity from other women in the office. Let me talk about that for a minute. I don’t want anyone to read that sentence and think, “Oh, ugly women are jealous haha.” That is a toxic and unfair interpretation. Rather, we live in a society in which women are unfairly judged for their appearances far more so than are men. There is a deep patriarchal context behind this ladiez-is-jealous narrative. It’s not crazy for one woman to feel hostile towards another woman who is experiencing unearned privilege for her looks, or especially towards a woman who is clearly attempting to use her looks as a weapon to propel herself ahead and dominate other women.

I don’t have all the answers, but in general, nerdier styles do tend to endear you more to other women. Glasses, sure. Bangs. Bangs are good. Button-down shirts. As is fashion that’s clearly meant for the enjoyment of women who love fashion, not for the straight male gaze (see the Man Repeller blog). Sometimes high heels read, “I am basically cosplaying at femininity and here is a postcard for my transgressive burlesque show,” and sometimes they read, “I will endure insane foot pain for male approval.” The first one’s better.

One other thing – if you succeed at making your new boss like you, you may earn the ire of your coworkers who are not so lucky. Your boss may even harangue them about why they can’t be more like you (awkward!) So you’ll also have to put some effort into managing those relationships.

That’s a lot of work on top of your real work. It’s a lot of meta-work. But the higher up you go, the more your “work” consists of managing relationships. It is what it is. 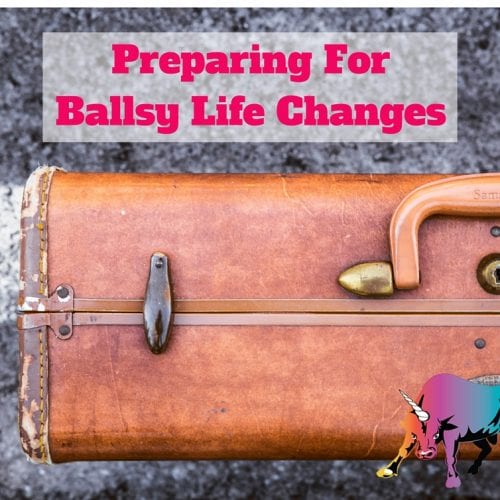 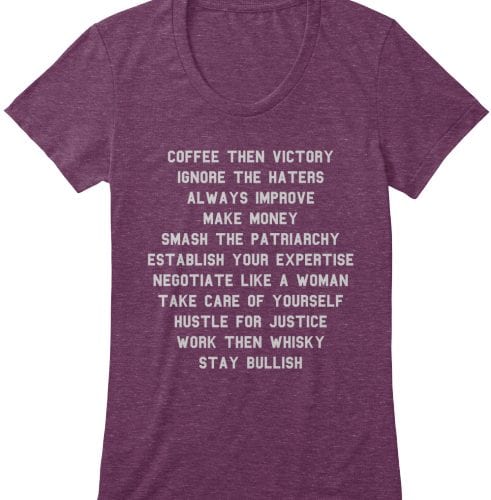 We know you want this t-shirt (Updated!) 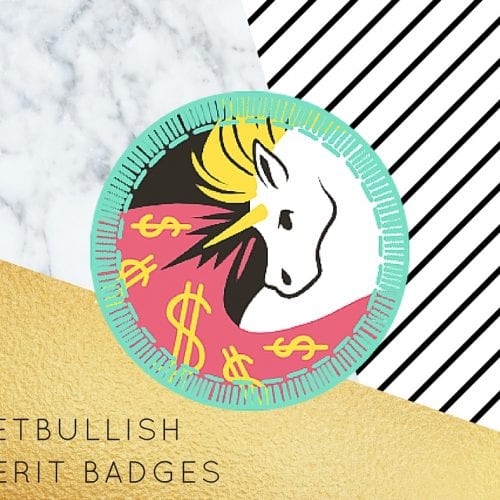 Announcing GetBullish Merit Badges in #Adulting and Getting Bullish