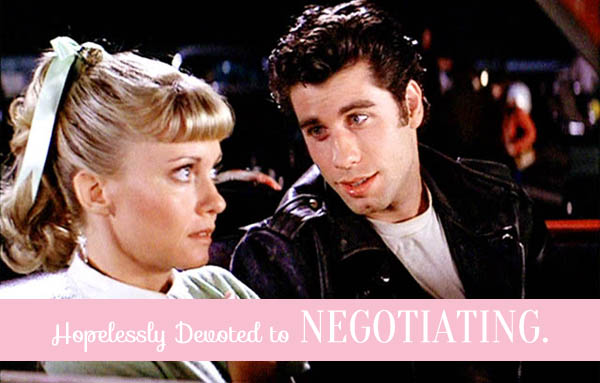 I recently attended a seminar on negotiating for women.

How is negotiating different for women? Well, for one, we do less of it and should do more of it. I’m sure you’ve heard that. I’m sure you’ve also read that people (both men and other women) like us less when we negotiate, although I have a hard time caring when I have enough money to drink Macallan 18 the way I used to drink Sutter Home.

I think there may be a few other gender differences that are less talked about.

Personally, I really only have two negotiating techniques, but they work pretty well and I’d like to share them with you. You don’t necessarily need to master every possible tool, as long as you have a couple of tools that work in a variety of situations.

It has also occurred to me that the two negotiating techniques I seem to be pretty good at are both highly informed by my heteronormative dating experiences.

Here’s what I mean: Stereotypical modern American hetero dating tends to involve men doling out a lot of attention and women turning most of it down. Sure, there’s also the stereotype of the needy, deluded woman waiting by the phone. But while that woman endlessly pines over her Mr. Big (I’m gagging as I write that), she’s still turning down a bunch of gross dudes who want to know, “Why don’t you give me a smile?”

So, here are my two negotiating techniques.

I have — I think after years of street harassment — developed a really good dead stare.

Sometimes, someone says something so stupid or insulting that it doesn’t deserve a response. If this happens in a street harassment situation, oftentimes the harasser just wants to get a reaction out of you. They get power by startling you. In a negotiation, the person who says something stupid or insulting may be trying to feel you out. How easy are you to manipulate? Just how little will you work for?

The dead stare is an appropriate response. It is literally no expression at all; people find it unnerving. Let your face go a bit slack. Don’t squint or peer at the person; let your eye muscles go a little slack as well so you’re not even quite focusing. You’re seeing a wide, boring tableau in front of you, and the person’s face just happens to be part of that boring tableau. And then just hold that expression until the other person is forced to react.

Last time I was sitting at the bar with my laptop and someone decided to interrupt me with an obnoxious comment about how I shouldn’t be working during happy hour — and should instead be making conversation with all the lonely men who were being deprived of lady-attention — I gave a dead stare until asked, “Do you speak English?” A good response to that is, “Yes, but I’m too busy to bother right now.”

In a negotiation, a dead stare is a good response to, “We paid our last web designer $75 an hour, but we know you can do it for less because you’re young — you live at home, right?” A good dead stare doesn’t let on whether you are displeased, impassively considering their offer, or wondering how they could have so mistaken the situation as to waste both your time and their own. Do the dead stare for longer than you’d think. 5-6 seconds can feel like an eternity. It’s cool. If you do the dead stare long enough, you’ll at least get a follow-up question. Sometimes you’ll get a better offer right on the spot. At minimum, it buys you some time to think while the other person becomes less sure of themselves.

#2. Being Genuinely Willing to Walk Away

If you already work for a company, you just bought a house nearby, and you’re not really known as a mover and shaker who knows everybody in the industry, you don’t really hold a lot of cards. If all your income comes from one place, and you really need that job to pay your mortgage, you’re reduced to reminding the boss of your contributions over the last year and requesting a salary increase that’s probably in line with the few percent that your coworkers are getting. It’s like a hostage negotiation — where you’re the hostage.

I wrote in Bullish: Responding to Disappointment with Awesomeness that everyone should have an entrepreneurial plan in their back pocket. Even if you really are a team player and have no special desire to be an entrepreneur, it is not safe to assume that you will never need to start a business throughout a 40+ year career. And even if you never pursue your entrepreneurial Plan B, you will act ballsier knowing that you could.

Entrepreneurship isn’t the only tool for being genuinely willing to walk away. You can also step up your networking so that you’re regularly getting job come-ons (that thing where someone knows you have a full-time job so they’re not exactly making a job offer but they’re sort of trying to feel out whether you’re happy with your current company). This is a lot like dating except that cheating on your boyfriend is unethical, whereas considering offers from other companies is not.

“Networking” for these purposes doesn’t necessarily mean meeting hundreds of people. Meeting five of the right people is much better than meeting 500 random people who will endorse you on LinkedIn for things like “blogging.”

Having a few hundred of the right people be aware of you and respect you — even if you’ve never met them — is also a pretty great way to run things, and that doesn’t necessarily involve leaving your house/computer. For more on networking for introverts, see Bullish: The Nerdy, Reflective Person’s Guide to Networking and Bullish: How to Network When You’d Really Rather Settle in With a Good Book.

In Bullish: Basing Your Career on a Resume is Like Competing in a Brothel Lineup, I suggested developing a portfolio website to showcase your work and talents. I strongly suggest getting yourself out there in your field not just as someone who knows everybody, but as an intellectual contributor. Write some very specific blog posts that people bookmark for the amazingly useful information contained therein! Industry associations often need a volunteer to work on the blog or newsletter. These sorts of activities and events are a great way to develop natural, cordial relationships with people from competing companies. And if you’re editing the newsletter of the Tri-State Internet Marketing Association, surely your boss will be aware that other companies know who you are and what you can do for them.

In the freelance world, of course it’s much easier to be genuinely willing to walk away. (Ask me over a beer sometime about the time I fired a billionaire as a client!)

In general, it’s easier to negotiate your fees and working conditions when you have a lot going on, especially in a variety of disciplines or industries. I once was asked to run a series of nerdy competitions (trivia night, geography bee, etc.) in an event space. The other events in the space included a comedy night. In NYC, there are so many comedians that you can easily get someone to run a comedy show for free; I’d be shocked if whoever was running the comedy night made more than $50. I asked for a lot more than that. When asked where I got my number from, I said, “Well, in order to run these events, I’d have to take a night off from teaching the GMAT, and this is what I make to teach the GMAT.” I got exactly what I asked for. The gig lasted over a year and a half, so that negotiation made quite a big cumulative difference.

In contrast, a friend of mine recently jumped into writing for online publications, making as much as $3,000 per article. How did she do this? She’s really famous for doing things other than writing. She’s not a freelance writer, she’s an honored guest contributor. She told me a story about someone who offered her $300 for a simple opinion piece. That’s a pretty good rate for something that requires no original reporting. She responded that she gets paid much more to do things other than writing, and she really can’t even consider any offer of any kind that pays less than $500. She ended up with $800.

For more on crafting a career (or several) from a variety of options, see Bullish: How to Make a Career Out of 10,000 Things You Want to Do and Bullish: How to Do Many Different Things at Once.

You may also be interested in Bullish: What Men Need to Know About Negotiating With Women, and What Role Does Fairness Play in Negotiating?, in which I interviewed Bullish Conference speaker Jamie Lee.

Of course, my two negotiating techniques are a limited set of tools. It’s important to proactively pitch ideas. It’s important to contact strangers with well-crafted proposals, requests, and invitations to meet up. It’s important to be cool with rejection, which is something that can be hard if you’re pretty used to people coming to you. (See Bullish: Three Tips for Pitching Your Dream Gig).

But it’s pretty sweet to know that you may already have more tools in the toolbox than you think. If you’ve spent the last decade getting hit on more than you’d like, your default answer is “no.” That’s a good place to be in career negotiations. 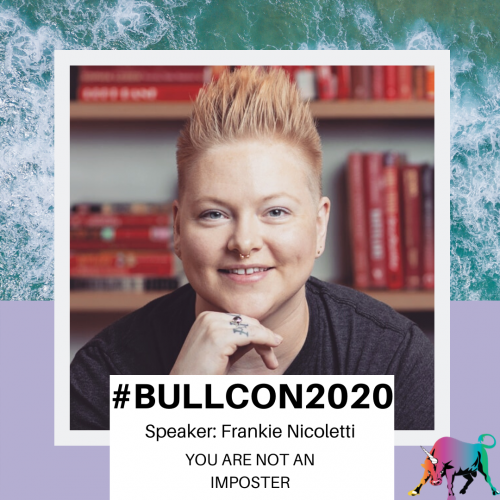 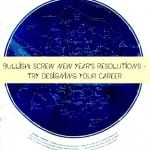 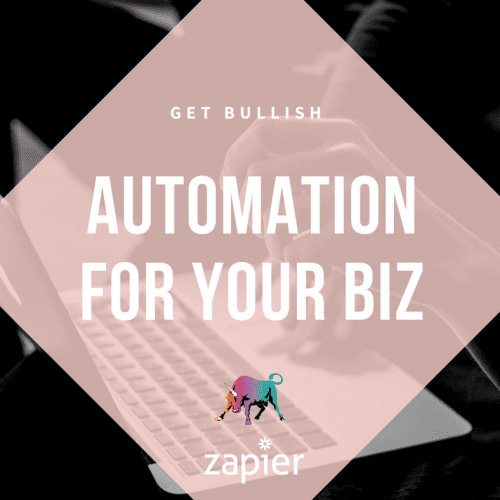 How to Automate ALL THE THINGS So You Can Freaking Live