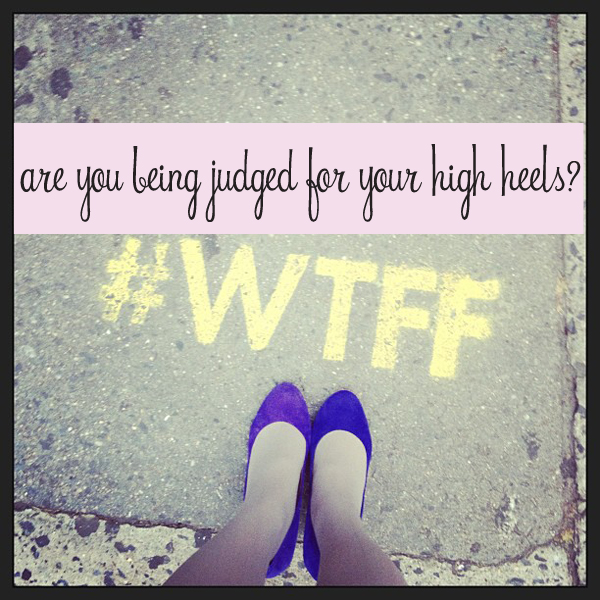 It’s just about every day that I read some bullshit suggesting that feminists just want women to “act like men.”

Yet, if you perform femininity just a little too much — as one woman apparently did by wearing some pretty bitchin’ pumps to a conference — then men will call you stupid. See Megan Garber’s takedown in The Atlantic: What Does It Mean to Wear Heels?:

The Tweet read, in part: “Event supposed to be for entrepreneurs, VCs, but these heels (I’ve seen several like this)… WTF? #brainsnotrequired.” Later, when Cortell’s sexism is called out, he responds with, “Not sexist. Logical.” CHARMING. WE’VE NEVER HEARD THAT ONE BEFORE.

There is no female equivalent to the male suit. The most obvious contender — the female suit — still comes with the choice of a skirt or pants. If you wear the skirt, you look a bit late ’90s, and also like one of those angry career mommies featured in every article ever about “having it all.” If you wear the pants, well … Hillary Clinton has never had an easy time in the public eye.

There really aren’t any “neutral” shoes for women. Maybe we should all wear plain black flats? But not too round-toed, lest we look like little girls, or too pointy, lest we look like the saucy little tarts we obviously are for showing up at a conference. Say we all find the perfect black flats and wear them every day. Then it’ll be, “Look at all the silly womenz, always following trends.”

Quoth Garber, “But, of course, shoes are not merely shoes. Shoes, like any other clothing choice one must make every day, reveal something—inconveniently, maybe, but inevitably—about the wearer.”

Please allow me to now direct us all to Deborah Tannen’s landmark 1993 essay, Marked Women, Unmarked Men, in which Tannen writes:

THE TERM “MARKED” IS a staple of linguistic theory. It refers to the way language alters the base meaning of a word by adding a linguistic particle that has no meaning on its own. The unmarked form of a word carries the meaning that goes without saying — what you think of when you’re not thinking anything special.
The unmarked tense of verbs in English is the present — for example, visit. To indicate past, you mark the verb by adding ed to yield visited. For future, you add a word: will visit. Nouns are presumed to be singular until marked for plural, typically by adding s or es, so visit becomes visits and dish becomes dishes.

The unmarked forms of most English words also convey “male.” Being male is the unmarked case. Endings like ess and ette mark words as “female.” Unfortunately, they also tend to mark them for frivolousness. Would you feel safe entrusting your life to a doctorette? Alfre Woodard, who was an Oscar nominee for best supporting actress, says she identifies herself as an actor because “actresses worry about eyelashes and cellulite, and women who are actors worry about the characters we are playing.” Gender markers pick up extra meanings that reflect common associations with the female gender: not quite serious, often sexual.

Each of the women at the conference had to make decisions about hair, clothing, makeup and accessories, and each decision carried meaning. Every style available to us was marked. The men in our group had made decisions, too, but the range from which they chose was incomparably narrower. Men can choose styles that are marked, but they don’t have to, and in this group none did. Unlike the women, they had the option of being unmarked.

As Tannen says, “Some days you just want to get dressed and go about your business. But if you’re a woman, you can’t, because there is no unmarked woman.”

Apropos to shoes, you might enjoy Bullish: A Metaphor About Shoe Shopping That Is 100% Relevant To Hard-Nosed Business Thinking.

And, please, wear whatever kind of shoes you want. 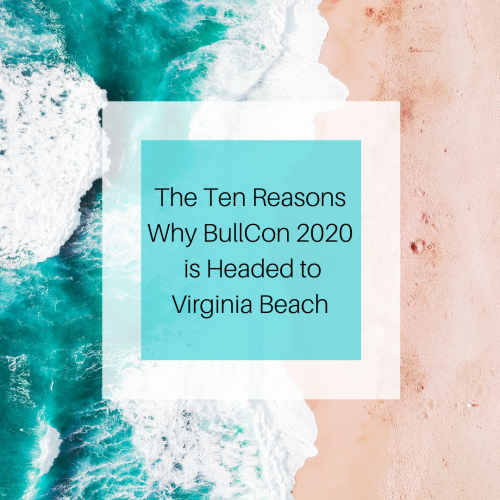 The Ten Reasons Why BullCon 2020 is Headed to Virginia Beach 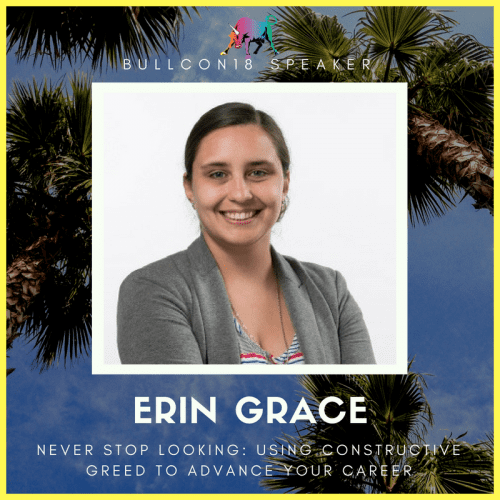 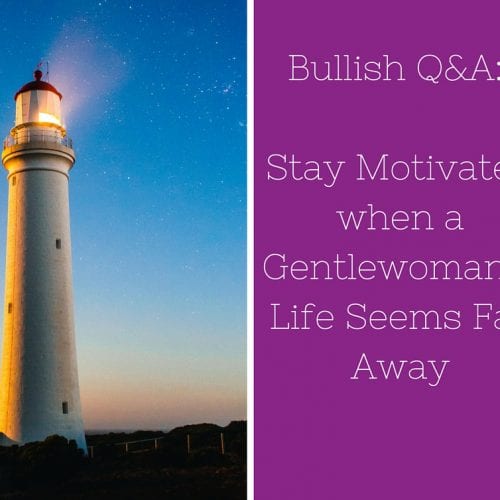