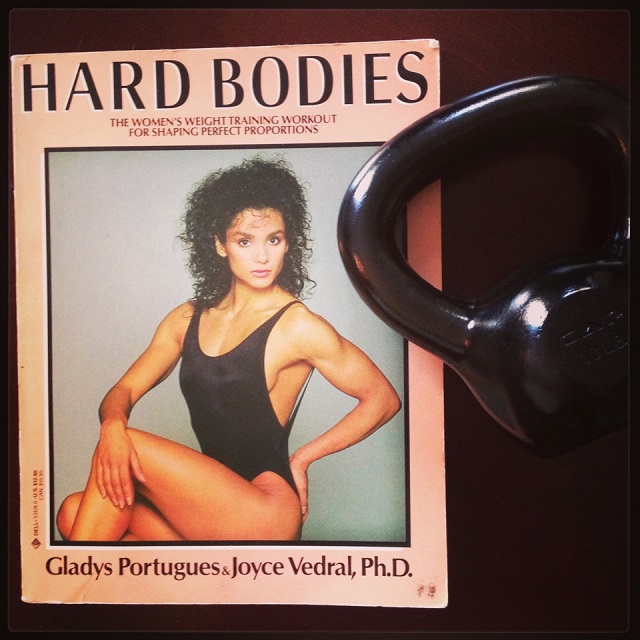 I’m a fellow woman trying to find a good workout that isn’t full of bullshit and I believe that you might have the answers.

Just read a ton of your work and I think that you’re fucking awesome. I have a hard time trusting the blond haired, giant thigh women all over the fucking internet telling me how I can get sexy curves.

I want to be strong and I want it to show. I was inspired by that picture of you flexing an awesome bicep during one of your comedy stand ups so… I was hoping you could direct me somewhere that I could trust for information on workouts, etc.

Thanks! I realize how busy you must be, but I would appreciate anything! Even if it’s one website link! OK THANKS!!!

Thanks so much for the vote of confidence! (If you want to see the standup comedy bicep photo, it’s here.)

I know what you mean about the fitness glamazons. I dislike those #fitspo graphics on Pinterest, all featuring models who would be gorgeous whether they worked out or not, and a few of whom have had their artful sweat beads sprayed onto them with a spray bottle. (I mean, who has perfect makeup and perfectly dry hair, but has sexy beads of sweat running down their six-pack? No one sweats that way).

To be clear, the Pinterest ladies are indeed “real women,” and there isn’t anything wrong with them, but they tend to have remarkably similar body types (ripply six-packs but extremely thin arms and legs). #Fitspo photos also tend to include very few photos of anyone who is larger-framed, not white (very tanned white), or even a little bit butch or androgynous.

Anyway, onto the good stuff. I stay WAY away from Shape and Fitness (that’s two different useless magazines). Oh, I should eat more yogurt and try jumping rope this summer? I can swap out a blueberry muffin for a handful of blueberries and save 200 calories? I never would have figured THAT out one, thanks! Basically anything with a regular-looking model or actress on the cover, I stay away from.

Anything with a scarier, veinier, “manlier”-looking woman (whatever, haters) on the cover is great, because those magazines (and books) will actually contain useful information (and the real scoop on how much and how hard you need to work out, and it’s not jogging in the park or taking the stairs at work or wearing a pedometer to see how many steps you take on the school run), and also because there is ZERO chance you will end up looking more muscular and veiny than you want, very much like how you are unlikely to just wake up one day and discover that you are a licensed medical doctor. Because that shit takes years of hard work, and if you don’t want to go any further, it’s really easy to stop. In fact, stopping is the default. It takes a lot of effort not to stop. So, do what bodybuilders tell you, and stop – or scale it back – when you want to. If you ever get more muscular than you want, just hang out and eat sandwiches for two weeks. Trust me, it’ll go.

For reference, the picture of me accompanying this article is what I looked like when genuinely trying to work out like a serious bodybuilder, inasmuch as I was able to do that while working full-time and sometimes drinking wine. If I had been trying to look like the skinny, “toned” models in Shape magazine, I would have achieved nothing, because I don’t naturally have a supermodel-type skeleton. By trying to look like a ripped bodybuilder and achieving a small fraction of that, I ended up looking like I wanted to.

I suggest checking out Muscle and Fitness Hers and just trying to ignore the ubiquitous breast implants and crazy tans if those aren’t your aesthetic. (I’m suggesting the print magazine – I don’t think the website is the same content.) Please keep in mind that the awesome-looking women who are posing with adorable eight-pound dumbbells are actually doing that exercise with at least 35. It makes me laugh so hard when a super-ripped lady is flexing really, really hard while holding onto a weight equivalent to a can of soup. Apparently even the most muscly of the lady-fitness magazines can’t run the risk of intimidating one man, ever.

I’d also suggest checking out a couple of men’s bodybuilding magazines (Muscle and Fitness, for instance), which, to the contrary, have their models pose with very large weights. I wouldn’t necessarily subscribe – reading one or two issues will give you enough of an idea. I think reading bodybuilding advice for men just sometimes cuts the crap and lets you know where the bar is: this is what you have to do and eat. No one tones it down for your delicate lady-constitution. (Also fewer recipes for fucking wrap sandwiches.)

Also worth noting: a lot of men in the pictures in these magazines are on steroids. That doesn’t mean they don’t know anything. To the contrary: steroids give bodybuilders a 10-15% boost. Meaning that most of what they’ve achieved is still hard work and applying solid bodybuilding knowledge. And since you probably want to achieve less than 50% of what they have, I don’t think the steroids are much of an issue. I mean, does anyone really think that Lance Armstrong doesn’t know how to race a bike?

Here are two books I read when I was learning about all this stuff (these books are OLD, for that reason): Ripped and Sliced (bodybuilders really enjoy metaphors).

Also check out Supervixen, by Negrita Jayde. You can currently buy this used for $1.77 which will be a nice palate-cleanser after seeing all the Pinterest lady-fitness graphics.

Seriously, CLICK ON THE LINK AND LOOK AT HER. One thing I love about Supervixen is that, throughout the book, Negrita Jayde talks about how feminine her body is and how you, too, can become more feminine by building muscles in the very particular ways she suggests. So, I LOVE the fact that she felt really feminine and fabulous, despite the fact that I’m sure that some people told her otherwise. After another day of the bullshit of the feminine condition, this book is just … refreshing to me. (Sadly, Jayde died of cancer in 2009 and is now buried with her longtime partner, the actor Gregory Hines. That’s kind of a weird thing to mention while recommending a book, but there it is.)

Also, if you are looking for something gorgeous and inspiring and downright philosophical for your coffee table, I suggest this book of women bodybuilder photos and academic essays. The book ends with photos of and an interview with Rene Toney, who is a female bodybuilder who uses male bodybuilders as models and who has said that she doesn’t mind being mistaken for a man. I think she’s just a fascinating example of what is biologically possible, and of someone who is doing her own thing and doesn’t give a shit about what people consider feminine.

Basically, I think it’s self-defeating to take advice from skinny, barely muscular women and say, “Oh, I’ll do that, but … more, somehow.” It’s better to take advice from incredibly ripped, totally hulked-out women and say, “Whoa, if I do half of what they do…” In other words, I can’t look at a skinny actress on the cover of Shape and figure out how to get more ripped than her, but I can definitely read Negrita Jayde’s book and figure out how to get 25% as ripped as her. And if I want to do that while also maintaining certain conventional beauty standards, dear god, I already know how to do that part.

Oh, I also think kettlebells are pretty cool and fun, although I’m definitely not an expert. But don’t sign up for some “kettlebells for women” class with tiny pink things you swing around while sucking in your abs! (If that’s what you’re into, please do that, but I’m talking to the letter-writer here, who I’m pretty sure does not want that.) Hire a real trainer. A trainer with enormous deltoids, and possibly a strong Russian accent. If cost is an issue, find a trainer who will meet with you once a month and give you some moves to perfect over the course of the month. (Most trainers are a bit shocked to work with a self-motivated person who will actually do 12+ workouts and keep records of them in between training sessions!) I have had some quite heavy kettlebells sent to my house with free Amazon prime shipping. They are inexpensive and fit nicely in a Manhattan apartment.

Whatever kind of weightlifting/bodybuilding you do, you need to keep records (for a particular exercise, you might log “40 lbs, 3 sets of 12 each”). That way you can track gains, push yourself, and note any plateaus. Any basic bodybuilding book should talk about this. There are also many apps for this purpose, although I found them a bit complicated and I prefer a small, sweaty notebook. I also like that eventually the notebook gets full and you feel really good about that, which I don’t think is true of an app. Logging your workouts also gives you some data to take to a trainer, should you go that route. Even an online trainer can use those records to provide advice.

When I was working out hardcore, people would sometimes ask me why I would want to build muscles when I was “toned” enough already. In other words: Don’t I want to be pretty?

In my experience, women are extremely aware of what is considered pretty, and if we’ve chosen to do something else, we have our reasons, and pointing out that we’re not being pretty right now is basically the most obnoxious, presumptuous, condescending thing in the world.

But when I shaved my head, people just assumed I was a lesbian or something and nobody asked me that anymore. Saved me a lot of stupid conversations. Just thought I’d share that. 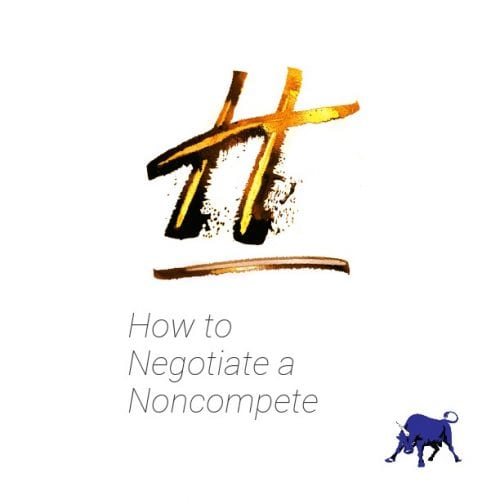 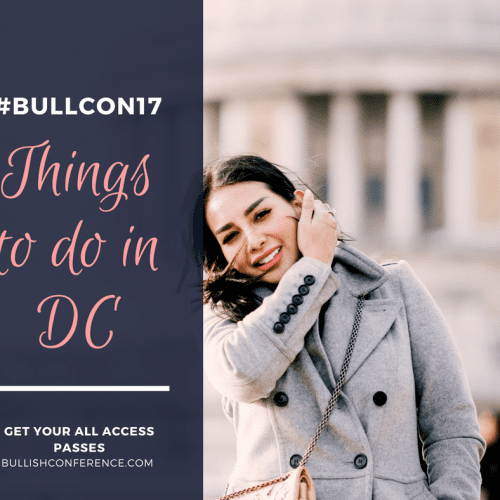 #BullCon17 – Things to Do in DC and Getting Political 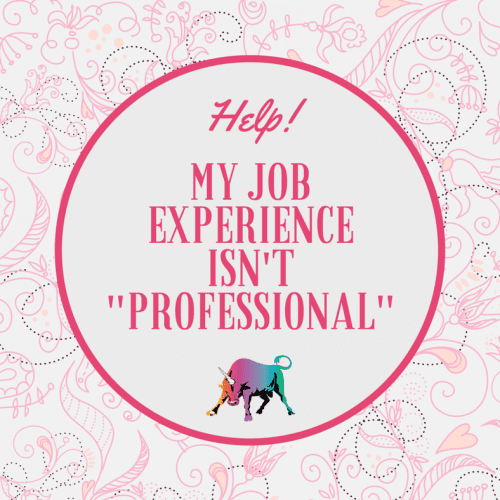