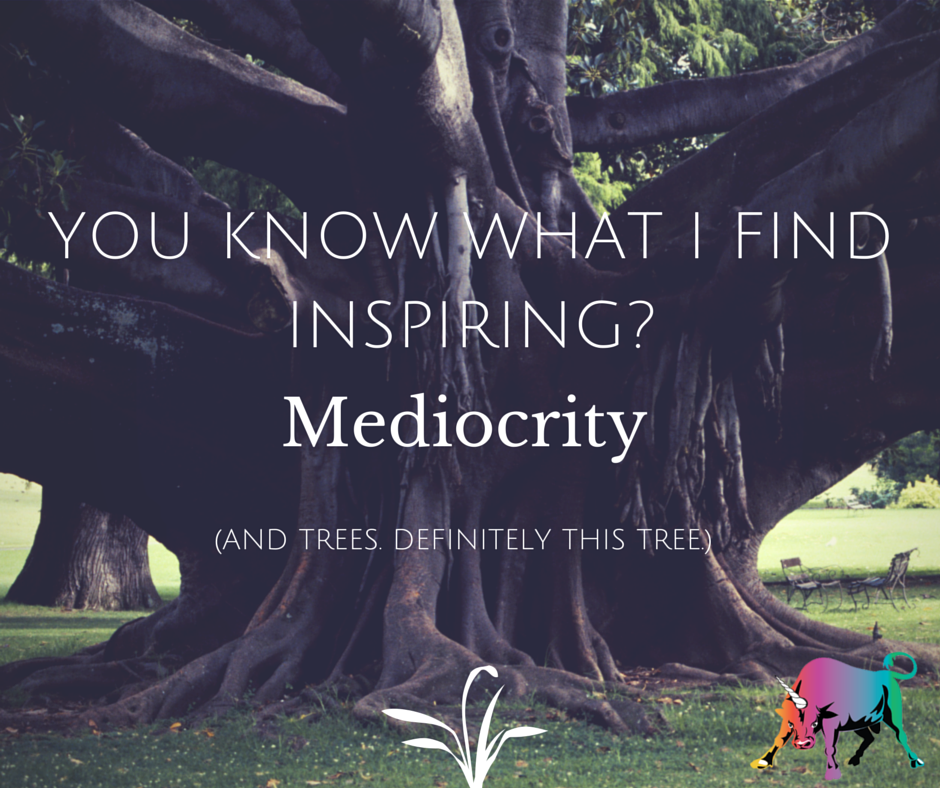 I’ve always been inspired by people who really give it the whole 65%.

I am not inspired by Olympic figure skating to pick up a pair of skates and give it a whirl. The gap between where I am now (I can usually skate in a large circle with other skaters at the ice rink) and where they are (spinning! flying! getting spun around by a spinning guy!) is unfathomably large, and watching the Olympics on TV is plenty fun enough.

I can stand back and appreciate how much effort it took to get to the point where executing a quadruple jump looks easy and natural and fun. Before that, it was probably hell getting to the triple jump. Sometime in childhood, there was just the jump itself. ALL HARD. And now so pretty! Those skaters are really giving it 100%.

In college, I did some part-time work rigging lights in a theater. One perk of the job was free tickets to shows. I was usually too busy to attend, but the name of one particular show caught my eye. It was a monologue I’ll call, “How I Failed Out of Physics — And Learned About Gravity.”

The performer did indeed tell us about hitting the wall in physics, followed by how the story of Newton’s discoveries really taught the performer about life, love, and letting go. Or something like that. There were also some weird, long bits in there about protesting against Ronald Reagan. It was a mishmash.

I was incredulous. “This person is just talking! I’m mildly amused! This part doesn’t really go with the rest of the show! I CAN DO THIS.”

Ten years later, I debuted my show, “What Philosophy Majors Do After College,” which I then performed at universities and book festivals for several years. The show weaves the history of Western philosophy from Thales to Sartre in with my own personal story of graduating with a philosophy degree, holding a series of eclectic jobs, and, much like the story of philosophy, emerging from the Dark Ages through an Age of Enlightenment towards a postmodern status quo.

Is the show better than “How I Failed Out of Physics — And Learned About Gravity”? I don’t know. But I don’t think it’s worse.

Obviously, performing a monologue is inherently easier than figure skating. But the accessibility of a talking-based performance art wasn’t what enticed me. To me, that show was an amplification of that moment in childhood when you realize that your parents don’t know everything and sometimes make mistakes.

Certainly by college I knew that adults didn’t have it all figured out. But I think my ideas about adult blundering were still remote: our politicians may be corrupt idiots, but the local locksmith is a world-class expert on locks, local business owners know how to get all the right papers filed at the right times, and people who perform shows at universities are incredibly talented celebrities who were obviously selected by a panel of angels.

It was freeing to see that this is not the case. 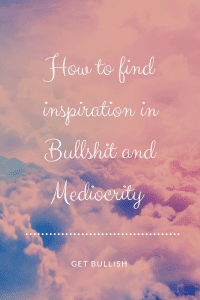 Since then, I have had an eagle eye for people doing a C+ job at something. You don’t need to be an A+ to show these people up.

(See Bullish: How to Remain Blissfully Unfrustrated in the Face of Other People’s Incompetence and Bullish: Where Job and Life Skills Come From.)

As I wrote in Bullish: I’m Starting 12 Businesses in 12 Months, and This One’s About Cats, I once founded a luxury catsitting company, all because I had a bad experience with an inferior catsitter who managed to keep my cat alive (but not my plants), ignored all my instructions, didn’t email or call, and was never actually able to interact with my terrified cat, probably because he is mostly a dogwalker, and cats typically do not like people who smell overwhelmingly like dogs, which I have to say is a very reasonable preference on the part of cats. Thanks, terrible catsitter! You suck! In a way that turned out to be very helpful to me!

I am also the “primary author and editor” of The 5 Lb. Book of GRE Problems, a tome I spent most of 2012 working on, along with a talented team of writers, editors, and designers.

I got the idea for this book when I was in Barnes and Noble and saw another book of GRE practice problems. There are lots of books about the strategy of how to beat the test, but not that many books of just practice problems. Some people learn best by doing huge volumes of problems, and since the GRE was changed dramatically in 2011, by 2012, there just weren’t that many resources for practice problems.

I looked the book up on Amazon when I got home. And … 1.5 STARS! Apparently the thing was FULL of errors, which would make you go INSANE if you are trying to teach yourself math from a book and being told that the answer is, say, 72, when it was actually supposed to say 7 squared (don’t trust a copy editor who can’t do math to catch dropped exponents!), or if the solution to problem #30 is printed where the solution to problem #26 belongs, etc.

So I pitched a bigger, better book. It now has awesome Amazon reviews and is selling like hotcakes. Very large hotcakes. So, thanks to the company that wrote the world’s worst GRE practice book! You really gave it your 65%! Or is that 6.5%? YOU DON’T SEEM TO KNOW THE DIFFERENCE.

I read somewhere that Pinterest is making people depressed. You see all those gorgeous wedding dresses and handmade centerpieces and complicated recipes but also motivational graphics of women with six-pack abs running on the beach (“DON’T GET MAD ABOUT THE RESULTS YOU DIDN’T GET FROM THE WORK YOU DIDN’T DO”), and you feel like you just can’t compete and that your life is just not that color-coordinated and when you put tea in a Mason jar, it really doesn’t look all shabby chic like in the photos (your twine bow sucks!) This is why Pinterest is more about collecting photos of things you like than actually making things you like happen.

Rather than collecting images of things that are perfect, I like to collect — and be motivated by — examples of people doing a half-assed job. These are not hard to find. For instance, look for poor font choices.

Anytime someone is doing a half-assed job, but people are buying it anyway, there’s an opportunity. That proves there’s a willing market. For a better show, a better book, a better small business.

Mediocrity inspires me because it’s a reminder that most people don’t take action, and execute poorly when they do. Realizing that the world is full of C students mucking around and getting distracted by the TV is very liberating. Maybe forget that vision board full of superstars and find a low bar to clear. 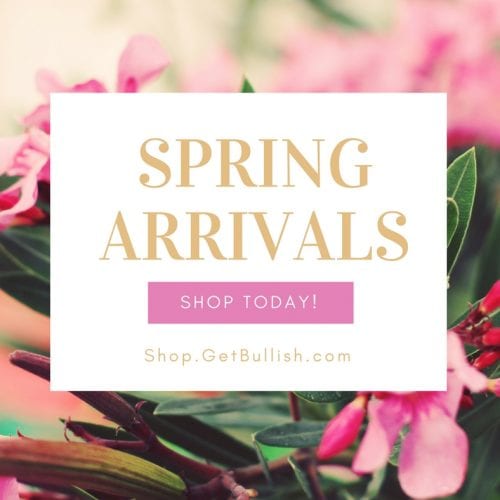 Check out our Spring Arrivals 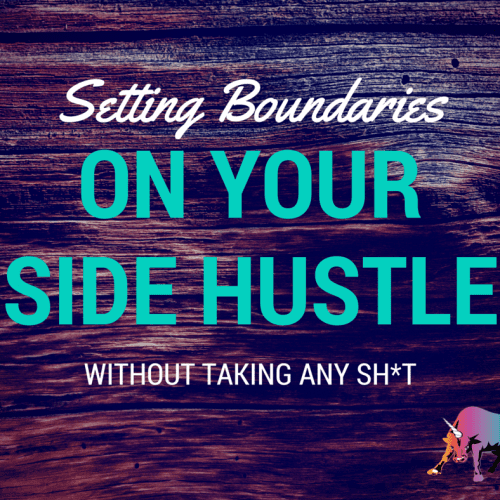 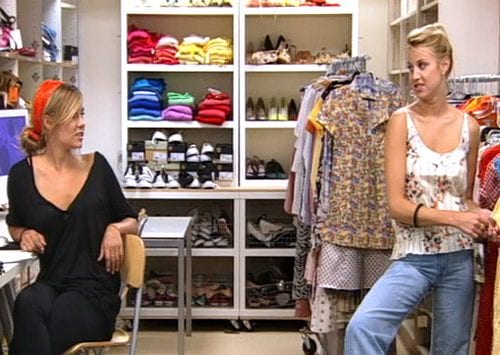