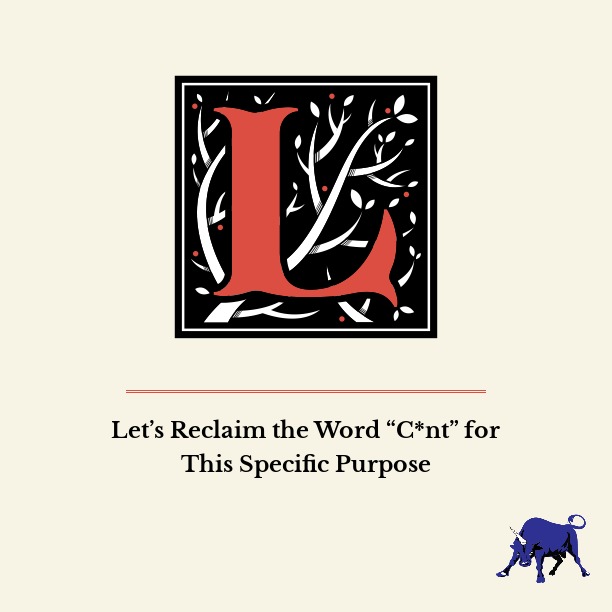 My mother told me that my grandmother once referred to “the w-word.”

It took me a minute to even figure out that “whore” was a word so bad it couldn’t be spoken. The silent “w” didn’t help my brainstorming efforts, and I was disappointed that the answer wasn’t something much more exotic.

I feel like “whore” has passed its way into our nation’s casual greetings and dirty talk. In a world of SlutWalks (which I support) and “Damn, you’se a sexy bitch” (not my favorite song), it’s hard to see “whore” as all that horrible just by itself, outside of its presence in an already-hateful sentence.

However: cunt. A lot of women really hate the word “cunt.”

I suggest we reclaim it. Not as a casual greeting (“Hey cunt, what’s up with you?”) Nor as an empowering term for the actual anatomy, as per the suggestion of The Vagina Monologues. (The inimitable Laurie Penny makes a better case here.)

“Cunt” still maintains the power to shock, and I don’t think people are going to start finding it sexy anytime soon. And in the US, at least, “cunt” is a deeply gendered word. (In the UK and Australia, and in the movie Trainspotting, “cunt” can be used for anyone.)

So we’ve got a powerful and gendered word on our hands. I don’t think we should use gendered insults for women unless there’s a good reason. I have a good reason.

I think we should reclaim the word “cunt” to describe women who screw over other women, such as by blaming women for their own rapes and murders.

I was sort of intuitively using the word that way in my head, and occasionally on Facebook, before I quite articulated this definition. Case in point, from February: Oscar Pistorius definitely shot his girlfriend, Reeva Steenkamp, to death. That doesn’t even get an “allegedly.” Pistorius admitted to shooting her, but told a fantastical tale about waking up in the middle of the night, failing to notice that his girlfriend was no longer in the bed beside him, determining that the person in the bathroom must be a burglar, getting his gun, and shooting through the bathroom door until the burglar was dead, only then realizing that the person in the bathroom might be his girlfriend. That’s like a baby that doesn’t understand that when you put your hands over your face, you’re still there, which is why peek-a-boo is so amusing when you’re ten months old.

So, WTF, Oscar Pistorius? Other women have come forward to say that he’s been violent in the past. Time for a discussion about intimate partner violence, right? How can we spot the signs? If your friend’s boyfriend seems creepily short-tempered and possessive, what can you do?

Well, for Carolyn Moynihan from conservative Australian website Mercator.net, it was a good opportunity to talk about the evils of premarital sex, and to blame Reeva Steenkamp for her own murder. CUNT ALERT.

After six paragraphs about Pistorius’ combustible temper, love of guns, and propensity towards violence, this:

In other words, uncommitted sexual relationships are virtually the norm for women around Steenkamp’s age. (She had previously cohabited with a boyfriend.) Of course, they do not all lead to violence, let alone death, but they delay and complicate the quest for a spouse and have many other unhappy consequences.

This is the fundamental mistake that the two South African stars made, and no-one wants to mention it. Sex implied things that neither of them could mean, even if, for fleeting moments, they imagined it did. One of them took the implications far too seriously and it all ended in tragedy, one young life lost and the other in ruins.

“The fundamental mistake the two South African stars made.” It kind of sounds like Reeva Steenkamp collaborated on her own murder. She was asking for it by the way she was getting up to go to the bathroom only hours after having had consensual sex within a committed relationship.

But whatever their expectations were of each other after barely three months, they were already confused by the sexual relationship that, clearly, had already started — a type of relationship that nearly everyone expects these days and that no-one ever questions, even when the results are fatal, as they not infrequently are.

Ladies, did you know that if you confuse your boyfriend by having consensual sex with him, you might make him murder you?

(People do develop emotions around sex. Liberals also know this. I wrote in Bullish Life: Let’s All Just Agree on Some Basic Principles of Sexual Ethics that, instead of telling kids not to have sex or that sex is fine if they use protection, we should be really explicit about the fact that sex brings up a lot of feelings for people, and that often, two people who have sex don’t have the same feelings or the same intensity of feelings about it, and then someone gets hurt. EMOTIONALLY HURT. Not “with a cricket bat” or “shot four times.” Because sex-feelings are not an excuse for murder. Pointing out that murder victims have had premarital sex is NOT PROFOUND.)

I posted Moynihan’s article to my Facebook wall — along with my suggestion that the author had crossed the cunt line — and received the following responses:

It’s a good thing that premarital sex isn’t widespread. We’d run out of space to store the bodies.

Why buy the cow when you can murder the milk for free? What a horrible woman.

Yet when a married woman dies suspiciously, the husband is the immediate suspect because he’s the statistically most likely person to have harmed her. Where did this woman get the idea that marriages – especially “pious” ones with large power differentials – aren’t prone to violence? Totally irresponsible.

What the entire f*ck? Totally agree with you. I’ve never called anyone that word before but I just said it out loud in my hotel room.

Indeed. I want to send Carolyn Moynihan a greeting card that says “What the entire f*ck, c*nt?” It would make a nice sampler.

I’ll send the same one to original cunt Phyllis Schlafly, who doesn’t believe marital rape exists. (“I think that when you get married you have consented to sex. That’s what marriage is all about, I don’t know if maybe these girls missed sex ed.” – source).

To pivot a bit, the Rev. Al Sharpton addressed the meaning of the term “Uncle Tom” in a 2011 radio show. From TheGrio:

That’s a tight definition. Sharpton’s definition of “Uncle Tom” depends on awareness of right and wrong. I like it.

So if you’ve spent your whole life living on a polygamist compound in Utah without access to outside media, and you decide that whores deserve what they get, then you are a sad victim — and puppet — of the patriarchy. If you have access to Project Unbreakable and you’re still spouting shit like, “If you dress like a policeman, people are gonna think you’re a policeman, and if you dress like a whore…”, then you are an unmitigated cunt.

But a woman who brags about taking the handicapped spot when she’s definitely not disabled? That has nothing to do with gender; just call her an asshole.

A memorable episode of 30 Rock was entitled “The C-Word,” and was apparently based on true events. If you don’t like working for Tina Fey, “cunt” is not an appropriate thing to say.

And now I turn the discussion over to the lady-populace. What do you think of my proposal? Maybe someday the blog comments system can have a “cunt” button that will automatically downvote cuntiness.

I Identify As A Badass Women’s Ankle Socks 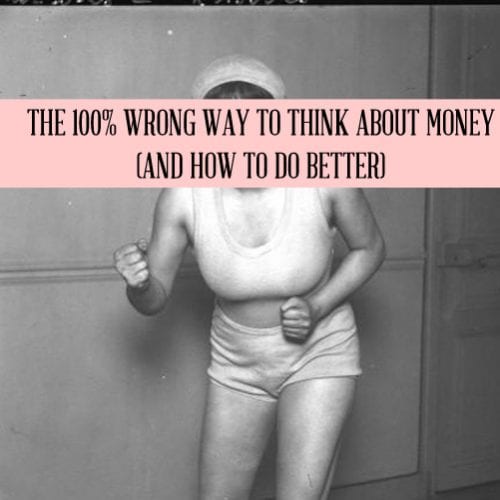 Bullish Quick Hit: The 100% Wrong Way to Think About Money (and a Reading List for How to Do Better) 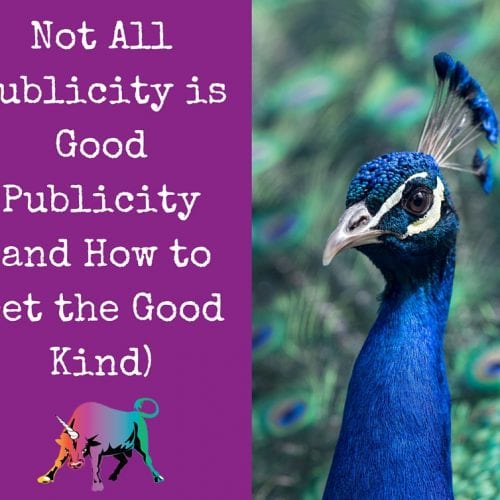 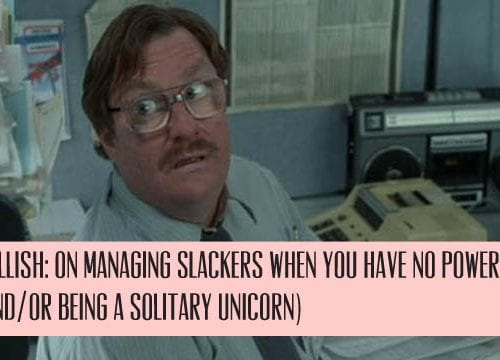 Bullish: On Managing Slackers When You Have No Power (And/Or Being A Solitary Unicorn)