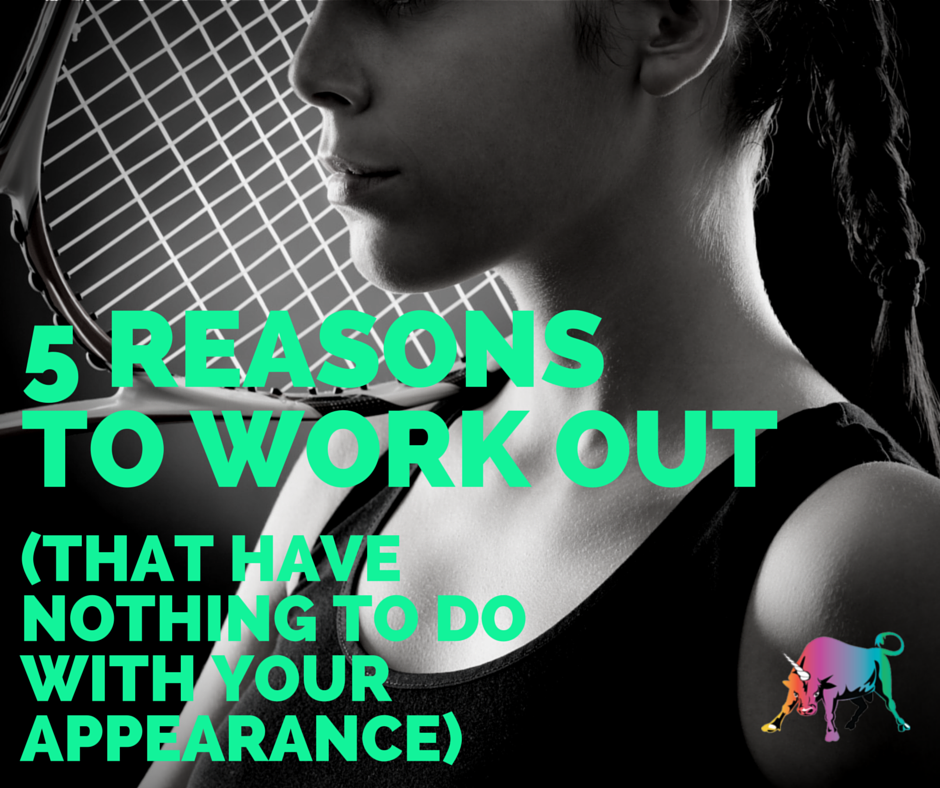 I’m getting a little tired of the recently popular “Strong is the New Skinny” meme (see the Facebook group, and this article).

Focusing on strength over skinniness is an improvement of sorts, but one inevitably illustrated by photos of super-strong women who are still skinny, almost always white, and almost always with long, straight ponytails (bonus: sometimes with breast implants, which are irrelevant to weightlifting).

Genuinely very strong women sometimes look like this, or like 75-year-old bodybuilder Ernestine Shepherd. Some strong women enjoy putting forth an androgynous or otherwise unconventional gender presentation — Rene Toney said in an interview in the book Picturing the Modern Amazon:

”When I visualize the kind of physique that I want for myself that I’d like to display to the world, it’s actually the body of a male bodybuilder … I kind of like looking androgynous. That’s going to cause controversy, I know that. That’s going to raise some eyebrows.”

And sometimes, very strong women just want to lift heavy things and don’t care whether you think their muscles are sexy. Sometimes you just want to not think about being pretty for a goddamn hour. (See Bullish Life: Gentlewomen Don’t Crash Diet.)

Let’s talk about some reasons to work out that have nothing to do with looking hot, keepin’ it tight, having great abs, giving yourself a non-surgical Brazilian butt lift, or feeling superior to other women.

Reason #1: Actual Survival! (Your Own and Others’)

Um, not to brag, but I totally squat-lifted an unconscious elderly person out of a swimming pool.

I don’t mean to be overly dramatic. Last summer, my then-fiancé and I were staying at the home of his aunt and uncle, who are in their eighties. They have a pool. The uncle passed out while swimming. My fiancé rushed in and boosted the uncle’s head above the water. I rushed to the side of the pool and grabbed onto him, also trying to hold him up. The aunt rushed out, phone in hand. She told the 911 operator that her husband was waking up, but none of us could get him out of the pool.

I thought about it — water counteracts gravity very effectively. I got my fiancé to come a little closer, I squatted down as low as possible, got my arms under the uncle’s armpits, and squat-lifted him right up. Everything turned out fine. The uncle went to the hospital and made it back home safely. My quads burned for a couple of days.

I’m sure my fiancé and his aunt would’ve handled it just fine without me, but it got me thinking: I was genuinely glad I had done all those squats. I would not have been able to do that without having practiced.

Post-9/11, lots of women stopped wearing high heels, so as to be better able to flee in an emergency. During Hurricane Sandy, my fiancé and I evacuated our building. I wasn’t sure I could carry a backpack and cat carrier down 25 flights of stairs, since I’d never tried. It turned out that it was actually pretty easy. The next day, I wished I had brought more books; I could’ve carried 10-15 more pounds without much strain.

More importantly, I read on Facebook about some people who had gotten together in the aftermath of Sandy to help a man who was trapped in his fifth-floor walkup with no power and who needed a ventilator to breathe. Every two hours, a volunteer climbed the stairs, switched out the man’s battery, and took the old battery to the fire station across the street to be recharged from their generator. Stair-climbing can save lives!

If a non-surgical Brazilian butt lift does not sound motivating, try spending some time on the stair climber (or climbing actual stairs!) imagining delivering organic canned goods to the homebound elderly.

I’m assuming everybody knows exercise helps prevent heart disease. But regular exercise may very well prevent cancer as well as reduce the risk of death if you do get cancer. Regular exercise over a lifetime also “helps improve brainpower in later life by up to a third, and could help stave off the onset of dementia.”

I’ve kind of stopped bookmarking articles on this topic, since they all kind of say the same thing. I just now picked a random illness and googled it, along with “exercise”: yes, it turns out that exercise is important in preventing lupus flare-ups.

If you mainly exercise in order to lose weight or look better, it can be very frustrating when weeks of effort seem to yield no results. Um, except fighting every terrifying illness on the planet. Fuck, yes.

It is very unhealthy to sit for long periods of time.

In fact, the more you sit, the greater your chance of death. From Time, “the adverse effects of prolonged sitting are caused mainly by disrupted metabolic functions that lead to worse vascular health.”

While exercise can’t completely counteract the effects, it can reduce the risk significantly. Since, from The Atlantic, “the average adult spends 90% of their leisure time sitting,” at least exercise would presumably replace more sitting-time with something that doesn’t involve sitting (provided you stay off the exercise bike, and that weird machine where you sit and pedal a bike with your arms, which I’m pretty sure is meant for physical therapy patients, because that can’t possibly count as cardio for someone whose legs work).

Also, I enjoy world travel (see Bullish: How to Travel Like a Gentlewoman), but, like most people, am very uncomfortable on long flights. You could drug yourself, I guess. (I can’t figure out whether it’s better to drink those half-bottles of wine out of the plastic cups or really just straight out of the bottle, which at least is made of glass.)

Or, take my suggestion: The best way to be comfortable on a long flight is to do a ridiculous workout ahead of time, so that sitting in a chair and recuperating for 10+ hours is the best idea ever. I don’t mean go do the elliptical for an hour. I mean that you do both intense cardio (preferably interval training) plus serious weightlifting workouts for three straight days before the flight. Do sets of squats (I squat about 105 lbs.) until you can barely walk out of the gym. When you sink into your coach-class middle seat on the way to Hong Kong, you will be the most relieved and comfortable person to ever sit in a coach-class middle seat. While everyone else gets leg cramps, you’ll be building a stronger body just by taking it easy and eating protein bars from your carry-on.

From Science Daily: Short bouts of moderately intense exercise seem to boost self control. And from Fast Company: “Exercise improves memory, releases brain-derived neurotrophic factor (a protein that makes your neurons healthier), and has been shown to potentially increase the size of your hippocampus—the part of the brain responsible for memory and spatial recognition. It’s no surprise, then, that college students who work out before class do better on tests, and workers who work out are more efficient.”

Of course, many other positive effects of exercise on the brain are well-known, including managing depression.

Reason #5: I Know Why Your Posture Sucks

When I was a teenager, I was very slumpy. I slouched in a way that seemed to imply that I not only had no muscles, but perhaps no bones, or bones made of something unconventional, like plastic zip-ties. I started lifting weights in college (see Bullish Life: Weight Lifting for Ladies and Unicorns), and all the sudden, I was physically able to sit up straight, without even really trying.

When it comes to posture, putting a book on your head and practicing standing up straight doesn’t work very well. Forcing yourself to sit up straight usually doesn’t work for more than a minute or two.

To improve posture, you want good core strength (abs and low back), but you mainly want to do weightlifting exercises that work your back and rear delt muscles. Here is a nice video about the bent-over row. Here’s a row/rear delt machine. Here’s a cable row. I’m also a big fan of cardio rowing, because it’s cardio and building posture-enhancing ripply back muscles all at once.

Sitting and standing up straight is pretty important for breathing deeply and digesting properly. Living in a fetal position only works for fetuses because they don’t really do either of those things.

Here’s the Wall Street Journal on why it’s important to sit up straight.

It has also occurred to me that wall squats are a lot like how girls pee in places with really gross bathrooms; it would be good to be able to do it reliably. But I didn’t think that was worth a #6 in this article.

Should you find your exercise motivation flagging, perhaps revisit this article: no matter what you look like, you can work out for social justice, and to stand up straighter, and to be smarter, and to feel good in your seventies, and to be ready to act in a crisis. 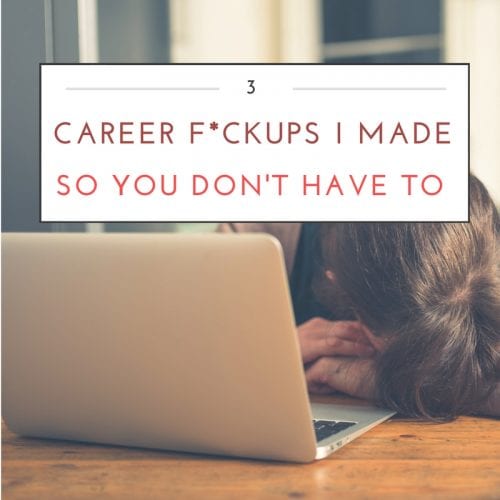 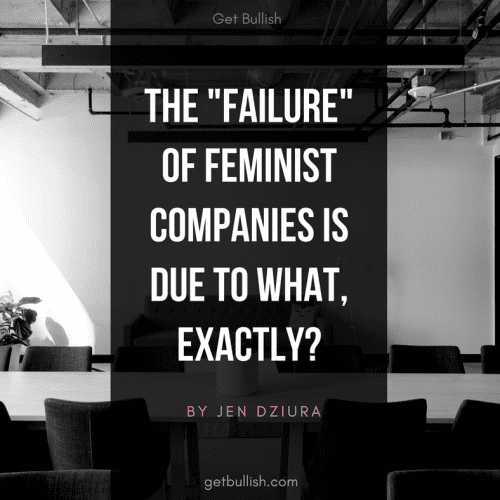 Why Feminist Companies are “Failing” – Bullish on LinkedIn Pulse 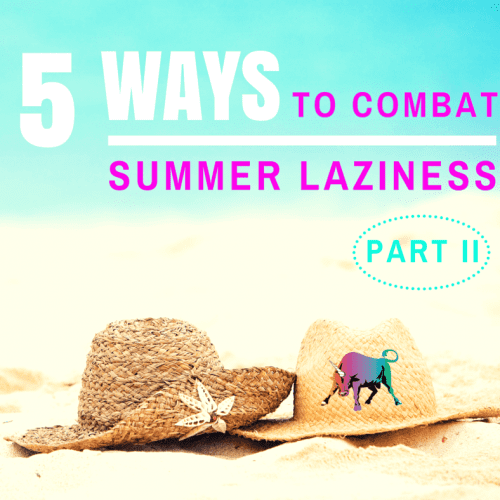