Tina Fey and Amy Poehler are my role models for lots of reasons: they’re hilarious, they’re clearly hardworking, and they’ve achieved success in their chosen fields on their own terms. They have written, produced, and starred in some truly excellent tv shows and movies, and soon they will both be published authors. They are, to me, the ultimate gentlewomen.

Right before Tina and Amy hosted the Golden Globes together, Vulture posted an article called “The History of Tina Fey and Amy Poehler’s Best Friendship“. It was full of amazing little-known facts, such as:

1993: Tina Fey and Amy Poehler meet in an improv class at Chicago’s ImprovOlympic.
Amy Poehler: “I remember Tina Fey wrote a play about Catherine the Great fucking a horse and I thought, ‘That lady is hot stuff, I wanna know her.'”

When you read about their time working together, you can really tell how much they love and respect each other – and I couldn’t help but think about how their relationship is the perfect example of why you simply must network with your peers. In Bullish: What I Wish I Had Known at 18, Jen refutes some of the commonly held ideas about networking:

Networking: at your age, it means hanging out, not sucking up.

One major reason you don’t want your peers to think of you as incompetent is that they’re the people you’re supposed to “network” with, except that almost no one in college realizes that that’s what they’re doing.

In Bullish: Social Class in the Office, I wrote about being a young person who didn’t know how to shake hands; my clan just doesn’t do that. But I was certainly aware that Serious Businesspeople wore suits and shook hands and carried briefcases and exchanged business cards and were Very Formal All the Time. Which, of course, is only maybe true in movies from the ‘80s. Which, of course, is exactly where I’d gotten that idea.

…Just be friendly, and nice, and competent, and interested in other people, while standing up for your own boundaries (no, I can’t have six people drinking in my room because I need to study) and always seeming a shade or two more competent than everyone else.

You can drink and go to parties and play pranks and be a young person; in fact, those things bond you to other people who might be important to your career later. Someday, you will be Serious Businessladies with someone who will tell a story about the “legendary” time you did something crazy – so, sure, go do something crazy. But be the person who does those things without passing out, and while miraculously also getting all her assignments done on time and just generally being on her shit.

I would assume that when Tina and Amy were doing improv together, they weren’t thinking, “I better suck up to this person because one day they could get me a job hosting the Globes.” I suspect that they thought, “I am going to pursue a friendship with this cool girl because I admire her and respect her work ethic and think she is fun and cool!” You know, normal stuff.

When you surround yourself with people who have similar goals, similar skills, but still inspire you to work harder on yourself, you are setting yourself up to reap the benefits later in life.

In Bossypants, Tina talks about how excited she was when Amy started at SNL: “I was so happy. Weirdly, I remember thinking, ‘My friend is here! My friend is here!’ Even though things had been going great for me at the show, with Amy there, I felt less alone.”

When Amy describes the difference between Tina then and Tina now, she says: “She’s the same way back then as she is now, which is really, really funny and incredibly hard-working and a very supportive and loyal friend. But she was a lot less rich. That was the only difference: she was like 100 percent less rich.”

Now, obviously, you should not make friends with talented people because odds are one day you will co-host the Golden Globes. BUT YOU SHOULDN’T RULE IT OUT EITHER. Networking with the people above you is all well and good, but the people who work with you need attention as well. Nurture your relationships with your friends and co-workers who have similar goals to you – you’re going to be on this journey together for a long, long time, and it can only help to have someone who knows exactly what you’re going through and will root for you to arrive at your goals.

On the other side, it’s a really wonderful thing to be able to help a friend succeed in their chosen career – whether it’s recommending them to your boss for an open position at your job, or giving them all the best lines in your movie, there’s nothing more satisfying than knowing you helped a person who really deserved it. And then someday, maybe, you’ll both be 100% more rich. 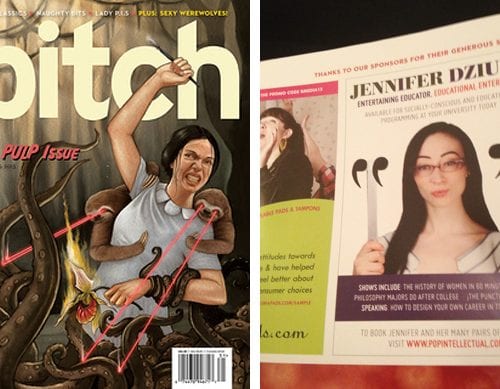 As Seen In Bitch Magazine 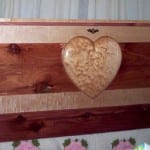 Bullish: How to Build a Modern Woman’s Hope Chest Without Looking Like an Insane Harpy