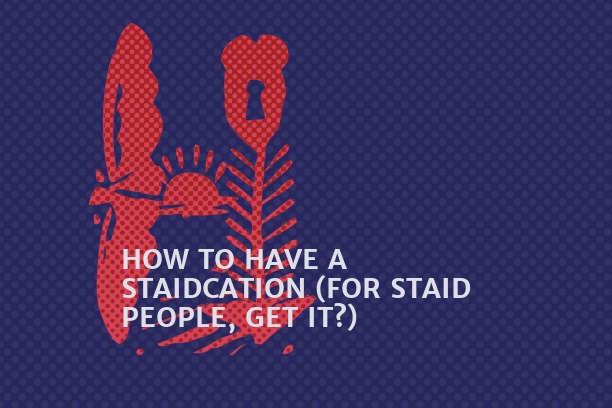 I have been on some adventures! I have been to Argentina, Mexico, Sweden, Belgium, Scotland, and India alone, and I have toured the Middle East, entertaining the troops as a standup comedian.

Or maybe you do not think these are adventures, considering how much of these trips was spent finding the best cappuccino in town and shopping for blazers (see Bullish: How to Travel Like a Gentlewoman). Maybe it’s only an adventure if you hike through a swamp for six days to end up taking hallucinogenics with a remote society of indigenous people. Usually when I read about privileged people’s such “adventures,” I think, “Wow, I really hope those indigenous people fucked with you real good.” (We can’t count! Explain it to us again, hilarious white man!)

But an adventure is not a vacation. After an adventure, you sometimes need a vacation. Also, as an introvert, I want to spend at least five hours a day alone, every day (reading in a cafe counts). And I want to come back a better, healthier, smarter, more clear-headed person than I was when I left. I can’t do that if I’m constantly sightseeing, with friends, taking extreme sports lessons, being led up a mountain by a sherpa, or god forbid, on a guided tour.

I went to India and didn’t see the Taj Mahal. It’s full of tourists, it’s an hours-long train ride away from anything, and I don’t find it enjoyable to 1) be thought of as a tourist, and 2) constantly have to fend off the aggressive advances of vendors.

When you travel alone, look somewhat professional, and have a couple of books with you, people are much less likely to read you as a tourist. While a dirty-haired American couple with giant backpacks is immediately read in this way, local people in Belgium, India and elsewhere have asked if I’m “in town for work.” Sometimes they ask, “Teacher?” People always try to tell you it’s so dangerous to be a woman alone, and sometimes it is, but I think the backpacking couple blundering through town taking pictures is much more likely to be robbed than the itinerant teacher.

As a person with multiple income streams (see Bullish: How to Run Your Career Like a Business), I have sometimes been able to break even on my vacations by working.

Who wants to work on a vacation? People who like their work, of course. People who travel alone. I once spent a month in Buenos Aires and paid my way every single morning by going to a cafe and writing math problems while drinking coffee and eating empanadas. I love writing math problems. (I also like calculating how many empanadas I can buy with each math problem I write.) And by the time I finished work at 11am, I still had plenty of time to do all the wandering around and exploring that I was physically able to do.

I also got to know the cafe waiter — we did a little language exchange, and talked about Obama — a lot better than I would have been able to had I brought an American with me. I know people like to spend time with their significant others, but you really do miss out on a lot when you’re walking around attached to someone you really could have just talked to back in America.

This holiday season, my fiance planned a trip to Chile that I was considering going on. I wanted to check into a beach hotel and spend a lot of time sunbathing and being served cocktails, but this trip, as he had planned it, was going to involve buses, and meeting lots of people.

Just as I had to make a decision about whether to go, it was brought to my attention that my passport had expired. I had to either try to make an emergency appointment at the passport office, or just do what I really wanted to do anyway, which was check into a nice hotel on a domestic beach accessible with a direct flight of less than 4 hours from New York, read 15 books, and work on my life project of starting 12 companies — one per month — throughout 2013.

I’ve written before about the virtues of packing heavy. Not only did I bring some sharp clothes that made me feel like my usual, gravitas-having self, I actually brought an appliance — a Cusinart smoothie maker — figuring that I could save money on hotel meals while also working on my abs. I brought my own protein powder and chia seeds, and made a trip out for egg whites, yogurt, and berries (you can totally put pasteurized egg whites directly into a smoothie). I brought a microwavable bowl allowing me to make egg whites and superfood hot cereal in my hotel room microwave. 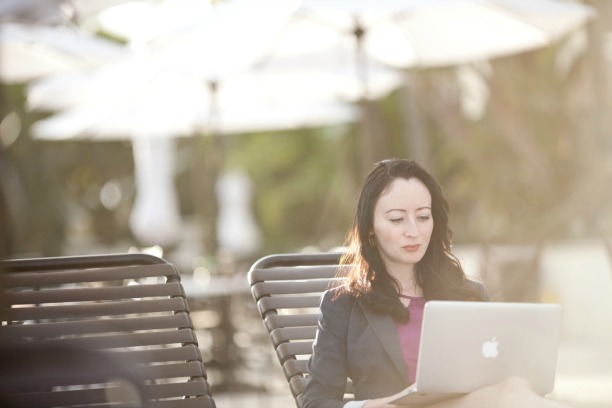 When I arrived in my hotel room, I set about converting it to my (utterly fabulous) office. I actually brought a collapsible tote to attractively organize my books, magazines, and papers. I moved the desk to face the window. I took the booze out of the minibar so I could use it as a regular fridge.

As I was doing this, I remember thinking, “Ten years ago, I would’ve thought you would need permission to move your hotel room desk.” (See Bullish: Social Class in the Office.) You know, the more I accomplish, the more extremely entitled people I’ve met, which has helped me calibrate my own sense of entitlement, which was once too low and has since been adjusted up to a gentlewomanly assuredness that, as long as I’m not violating other people’s rights, I’m going to politely but firmly remake small parts of the world as I would like them. I think many women ask for permission far too often.

(Speaking of something I didn’t ask permission for, the upper-right collage picture of the strange bathtub is what happens when you put 16 green teabags in a hot bath and bathe yourself in antioxidants until you become immortal, MUHAHAHAHA.)

I’ve discovered that, in Florida in December, about every other day is nice enough for the beach. So, when it was 80 degrees out, I was out by the pool. When it was 52 degrees out, I was at the bar with a double espresso or an old-fashioned, as befitting the time of day. An elderly waiter commented that I was working very hard on my “homework.” I smiled, thinking that maybe to him, a 30 year old and a 20 year old look basically the same.

Even on days when I was able to hit the beach, beach time ends at 4pm, at the latest. On vacation, time is long — you have none of the regular distractions. Nowhere to be. It is not tempting to turn on the television. So, 4pm to midnight is a perfectly excellent workday, especially when there’s a bar and a sunset.

What did I do on my staidcation? Well, I fulfilled my lifelong dream of running on the beach. Seriously, I am a terrible runner and I live in Manhattan, so I had to be near a beach for at least a week so I could work up to a good run. I ate really healthy — if you stay in the same place for awhile, you can start by eating the most fun thing on the menu, but by day 3, you don’t even look at the menu (“Double espresso, egg whites, side of smoked salmon, please.”) I read books, scribbled down ideas, and plowed through the stack of scribbly paper that was my to-do list (see Bullish: How to Be a Productivity Unicorn.)

And I totally did start a small company. More on that later.

While in a hotel in Florida, I was able to make a website, file for an EIN, hire an employee (someone I had already worked with), buy an insurance policy, order fresh white lab coats with the company name printed on them, and test eight different software packages used for scheduling. (I do have a virtual assistant, but the above were things I did on my own, in a hotel room.)

While doing all this, I marveled at how much easier it is to start a small business now than it was even in the early 2000s, when I was running my internet marketing firm. An online system that processes credit card payments and allows people to schedule their own services? Ten years ago I would’ve had to pay an agency at least $10,000 to make something serviceable. Today, most software you need is web-based and you pay about $20 a month to use it. You can incorporate online. The U.S. Postal Service allows you to send cheap direct mail to every address in a zip code without having to buy a mailing list, like you used to have to. If that’s not easy enough, private companies have sprung up to print your mailing and interact with the post office for you.

Everything hard you want to do — like buy cat toys in bulk from a factory so you can use them in a street promotion — well, those things are actually very easy, because there’s always a factory (or an insurance company, or a tech company) trying to find you and sell you something online. Entrepreneurship has cracked open. If you could manage to apply to and graduate from college, it should be well within your skill set.

So, is a staidcation for you? Obviously, this takes some cash. But if you were going to spend some cash on a vacation anyway, or you have freelance work you can intensify without the distractions of your regular life, a staidcation can be quite financially responsible.

Oh, and here’s a tip: When you check into your hotel, smile, be very pleasant, and tell the check-in agent that you will be writing a book in your room, so is there a particular room they could put you in that would be a nice place to do that? By and large, nobody really knows what kind of hotel room is good for writing a book, but chances are you’ll get a bigger space or a better room.

If you’ve been reading Bullish for awhile (SIDE NOTE: I invested in a young person on Upstart.com, and she wrote, “I first found your articles in high school,” and it kind of blew my mind), what kind of better beach vacation is there than one during which you plot and plan and read and better yourself?

(For more mixing productivity with pleasure, see Bullish: How to Have a Ladies’ Working Brunch.)

Of course, mixing vacation and work is more palatable when you work for yourself or for something you believe in. And yes, sometimes it’s nice to take a real break. But if you really need a vacation — as in, to help you escape from your life — then a temporary break isn’t going to help that much. You need to rework your life. But if you’re excited about where you’re headed, being served cocktails on your way there is a fucking fantastic way to live.

I Don’t Love Anything Enamel Mug in White and Red 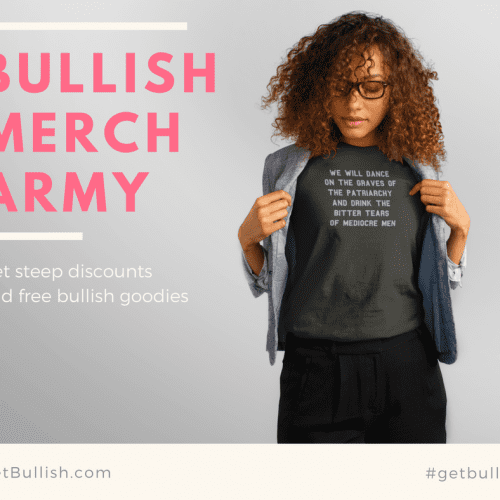 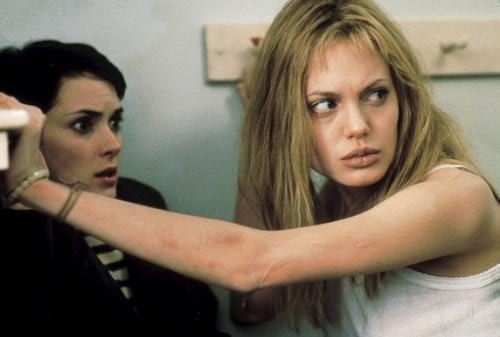 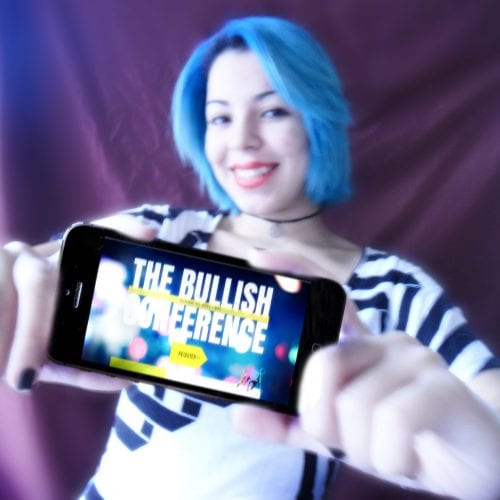