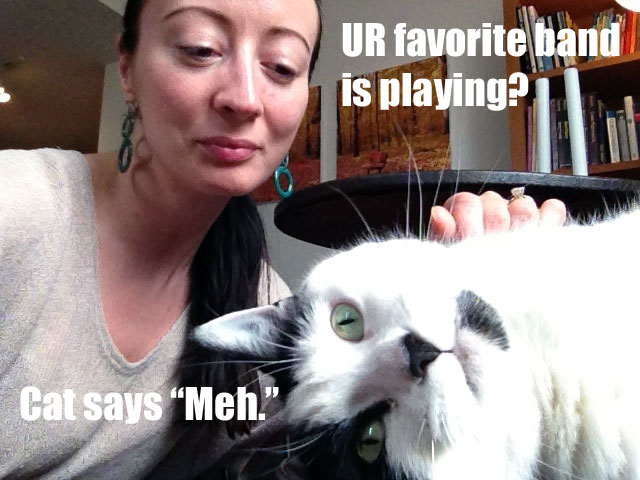 Why do people suck so hard? Why are they such awful flakes? It seems you can’t get anyone to commit to anything these days. Even a fun Saturday evening party with drinking and socializing. Even Oktoberfest. It’s like herding cats if cats were even less interested in you than they already are. It’s hard not to take it a teensy bit personally.

I am somewhat of an introvert (and I’ve been told I come across as stuck up to those who don’t know me), so maybe those who are still getting to know me – like the coworkers I’ve known for 6 months – don’t know that I’m super fun yet. Maybe I just need more friends to up the odds that some would actually show up to things. I am not a natural social butterfly. I read your stuff enough to know you probably would disagree with that as a solution. Maybe I just need better friends, but they’re so hard to meet. I also tend to move a lot – so I don’t stay long enough to really make that happen. Do people really suck or is it me?

I am reminded of a recent New York Times article about people choosing to have really elaborate weddings (amid Vietnamese temple ruins, with professional photographers and singing children!) – but without inviting any guests. While this might make the bride’s mother weep bitter tears, for many of the would-have-been guests, seeing pictures on Facebook is considered sufficient. Saves on airfare, right? (Similarly, high school reunions — kind of pointless now that you can check everybody out on Facebook.)

As you have realized, the in-person is just not as important as it used to be.

On Being an Introvert

As an introvert, you/I tend to put so much stock in a small number of relationships (see Bullish: The Nerdy, Reflective Person’s Guide to Networking), so it can be a bummer when none of your count-them-on-one-hand number of friends want to join you for the evening. With my last boyfriend, I was Very. Upset. that after two years of dating, we were not seeing each other more than three nights per week. That seemed like a lot to him. (My own parents really only talk to each other. My mom has one friend, and my dad has zero. They like it that way.) At least 15 people have sent me the link to this TED talk about introverts.

So, introverts sometimes have all their eggs in a basket or two. But social media has absolutely changed how friendship works. You don’t really need to see someone in person to keep up with their major life events or even enjoy their daily witticisms. You just need Facebook.

In some ways, this is kind of positive. I have a friend (“friend”?) who is a man who reads everything I write, comments on my Facebook posts and sends me articles he thinks might be relevant to Bullish, and has thoughtful and interesting things to say. He lives in another state (I don’t even remember which one) and is married. So, if we were hanging out in person all the time, his wife might not like that. Or we’d be forced to arrange awkward double dates. Social media allows us to just talk about ideas without the inconvenience of living in human bodies physically located in space. (Do you watch The Big Bang Theory? Sheldon, who totally has Asperger’s, spends a whole season mostly talking to his lady companion via Skype and cannot understand what would be added by seeing her in person.)

So, Facebook allows relationships to develop that are based on ideas and words and text (introvert things!) rather than running around and doing things and being loud and interesting at parties (extrovert things). How many popular kids that you went to high school with now look like incredible oafs when forced to express themselves online via the written word?

So, I don’t think this is a totally negative trend. Some people want to hang out with you once, follow you online, and run into you when they run into you. Liking someone has very little to do with wanting to be an activity partner for various activities. You need different friends for Ideas and for Activities, I think. Some people who are really into activities don’t have much to say about the world of ideas. Nor do they need to in order to be good racquetball or flea-market hunting partners.

My very best friends are busy ladies who are exhausted by goal-achieving. So, we never do activities. Ever. Activities take away vital life force energy that we could be using to achieve things. So, we pretty much eat meals and drink scotch, entirely while sitting down.

As an erstwhile standup comedian, I can totally relate to trying to get people to come to a show. Here’s what I discovered: You need to meet a constant influx of new people. Most of my friends would come to one comedy show, and consider that a favor that has been conclusively DONE. Like meeting a non-sex-friend’s parents or something. Only if I did something REALLY amazing (hey, guys, I’m taping my Comedy Central special!) might they consider coming again.

But I discovered that when I met someone new and said I did comedy, they’d say, “I’d love to come to that,” and they often meant it. Since there was no relationship in place, coming to my show was a way of establishing a relationship. I did a show last month (and I only do them about twice a year these days, so it’s not like my friends ought to be burnt out on them), and 13 people came out in a driving thunderstorm – 2 coworkers and 11 strangers.

Similarly, my Ladies’ Working Brunches? My two best friends never come. But ladies I’ve just met are like, “OMG, I can come over to your house and get work done and then have mimosas?! TELL ME WHERE YOU LIVE.” These new strangers who are actually into coming to my house? Mostly friends of my existing friends — people I connected with on Facebook or Twitter, or at parties held by friends.

There’s also an 80/20 principle at play – 80% of the new-friend introductions are made by 20% of your existing friends. Some people just consider it their job to play friend-yenta and bring together like-minded people; alternately, some people think it’s kind of creepy and claustrophobic when their friends meet each other.

That Which Is More Rare is More Valuable

Finally, look at the positives of the situation. As an introvert with epicurean tendencies, a lot of my social life is talking, in passing, to bartenders, and then posting to social media sites. This doesn’t bother me. Bartenders are professionals and know to go away when I’m reading, and they have other customers to tend to.

I’m often bored by real-life conversations with people I’ve seen too recently. I want people to build up lots of stuff to talk about before I see them again. This is why I like (good) books better than (average) people. Books tend to not include the “Yeah, nothing much is really going on, how about you?” parts.

(See Bullish:What to Do When You’re Surrounded by Lazy Idiots and Sweet, Fragile Simpletons.)

In Sum, Here Are Some Ideas…

• Don’t take it as an insult that some friends like you for your ideas but don’t want to do activities. They’re just not necessarily related.

• You do need to constantly meet new people. It’s easier if you have an activity in mind. “You like live jazz? Want to go see some jazz next weekend?” is less awkward than “I like you as a person and think we should get to know each other.” Even when they kind of mean the same thing.

• Consider joining some kind of group involving competition. People are much more likely to show up to try to win at trivia than they are to watch something. (I run an adult spelling bee. The same bar has trivia, and that trivia night has brought out a bunch of nerdy librarians and scientists and such every Wednesday for YEARS. That would not happen if everybody were just hanging out.)

• You should meet one or two big ol’ extroverts, and let them curate your new friends for you. Hang on to your extrovert like a parasite! Real extroverts LOVE doing introductions; they don’t think it’s work (or that you’re a parasite). In exchange, you can tell them all about books they’re too sociable and jittery to actually sit down and read.

• While obviously, you’d like to spend more in-person time with your friends, there are benefits to the current arrangement: since it’s been awhile, you have more to talk about. Before those rare in-person encounters, you might even make a mental list of interesting stuff to talk about that you haven’t yet revealed online.

The alternative to herding cats is being followed around by a pack of dogs. If you’re trying to take over a small nation, that’s probably the way to go, but I’d prefer a social circle of aloof individualists who sometimes want to chase the laser pointer, but sometimes insist on hiding under the bed all afternoon for no good reason. 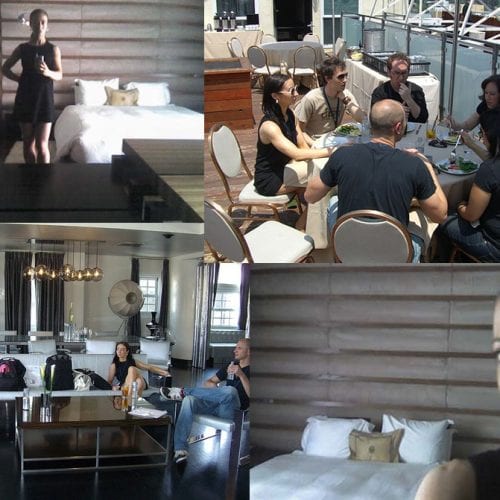 How SHOULD You Pitch to Bloggers? (Followup to “How Not to Pitch: Barnard President Debora Spar’s Team Pisses Off Feminists En Masse”) 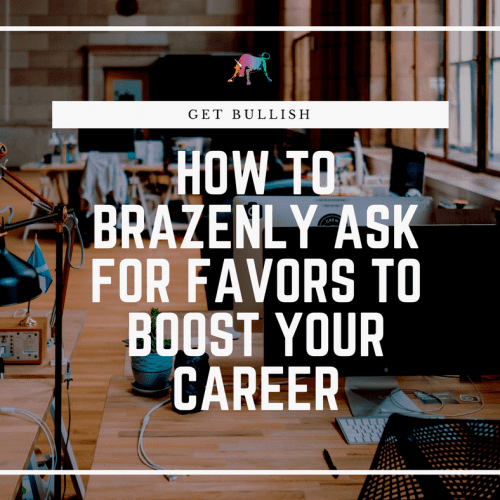 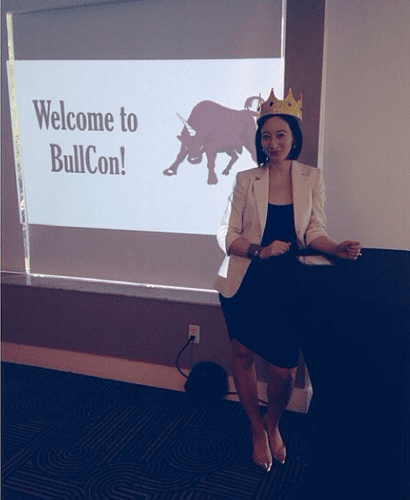