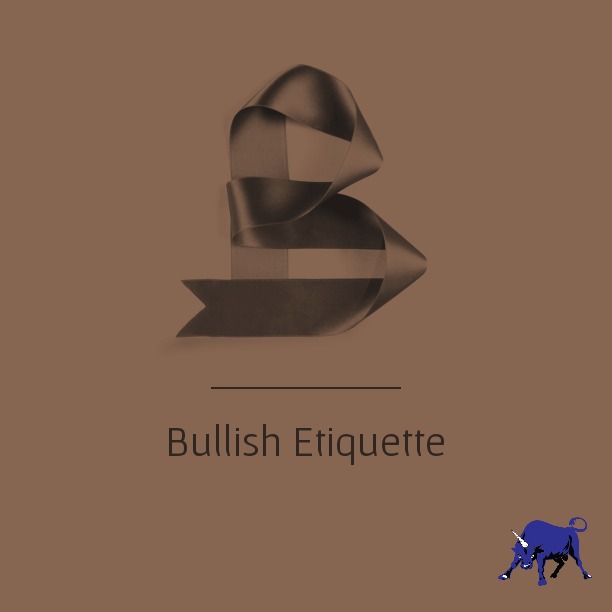 I live near Wall Street, where we get a lot of tourists, especially Europeans.

We have old Dutch buildings, Federal Hall, and, of course, the Wall Street Bull, which bears some responsibility for the fact that this column is called “Bullish.”

The Wall Street Bull, however, is not on Wall Street. It is on Broadway. So, tourists often wander up and down Wall Street, wondering aloud “El Toro? El Toro?”

One day, a man wearing a backpack approached me, English language phrasebook in hand. He looked at the phrasebook, then up at me, and began: “Sir or Madame, can you give me directions to the bull?”

How formal should you be in your career? Check out this letter from a writer I’ve pseudonymed Elizabeth Alexandra Mary, which I discovered is the full name of Queen Elizabeth II. Apparently titled royals do not have surnames, although the Queen sometimes uses the name Windsor, because honestly, having three female first names and no last name kind of makes one sound like a very pretentious stripper.

My ultimate goal is to become a professor—but not immediately. I would like to establish myself in media or publishing for a few years before working on my Ph.D. part time while continuing to work.

I am particularly concerned because a lot of things I have applied for lately seem to be much more casual than I behave in work situations. For example, I recently applied to intern for a blogger and the response to my formal cover email included a smiley face after informing me that the position had already been filled and signed off with x’s and o’s.

I wouldn’t take kindly to a stranger on the street trying to hug and kiss me, and I don’t appreciate it virtually, either. If, however, this is the world I am living in, I have to operate within it not only without wanting to punch people who give hugs and kisses from their work email, but also need to adapt to it. Is there a way to do it without sacrificing dignity?

Thanks again for all you have done and continue to do for me and many other women. I think of you as a taller, less wrinkly Yoda and admire you greatly.

Yep, the blogging world is pretty casual. I started writing for TheGloss after meeting Editor in Chief Jennifer Wright at a networking event, where she complimented something I was wearing. We talked about my doing some writing, and when I emailed her, I definitely did not send a formal cover letter or resume, and I definitely called her “Jennifer.” Since we had met in person, it seemed natural to continue in roughly the same tone we had begun our conversation. Which is to say: boozy.

Back when I ran my dot-com, I would sometimes receive cover letters addressed “Dear Sir or Madame” (or worse, “Dear Sir”), and I would immediately trash them. Firstly, because it was a small company and my bio and picture were on the website, so if some dude couldn’t figure out I was a woman – a woman named Jennifer Dziura – then I really didn’t want to work with such a lazy, blundering oaf anyway.

But even “Dear Madame” – it’s just ridiculous for applying to work at a tech company. Are you going to bow to me at the water cooler? Are you going to make us all uncomfortable when we release stress with Nerf guns? (I do not personally shoot Nerf guns. But I am not opposed to buying them with company funds.)

I hired my assistant, Haley, after I casually mentioned in a column that I could use an assistant, and she emailed me. I just dug up the email. The subject line is, “Virtual Assistant Position.” The email begins, “Hi Jen! Happy new year!” There are no XOXO’s (I’ll get to that in a minute), but I certainly wouldn’t describe the email as a formal cover letter. In fact, that would’ve been strange, since I hadn’t put out a formal job description.

Haley wrote a few paragraphs – in a tone I would describe as “normal” – regarding her qualifications. She ended by offering to forward a CV, and signing with her full name. My response to the email was, “I think this person might be able to quasi-read-my-mind in the future.”

So, your Default Professional Tone (hereby, “DPT”) could definitely hold you back in blogging or in a lot of small-business situations. A lot of us who run small business and hire interns, assistants, writers, etc. started these small businesses specifically to escape the world of wearing business clothes and talking business-talk. When the Americans finished the Revolution, we didn’t elect a new king. (I mean, it was mentioned to Washington, and he wisely shot that one down.) That was the exact kind of shit we were escaping from! Why reproduce it? (See Bullish: 5 Ways to Combat Summer Laziness for my paean to being productive in a bikini.)

Businesses are about making money by selling products and services to people; there is nothing necessarily business-enhancing about talking in a way that few people talk in real life. So, while it’s helpful to have the ability to be ultra-professional, in case you want to work at a large corporation or for people of an older generation, there’s no de facto case for being “professional” in all work situations. In fact, sometimes excessive demands for formality are just a way to exclude people who didn’t grow up with “professional” parents, go the right schools, etc. (see Bullish: Social Class in the Office).

So, I think a good guideline is to figure out the level of formality of the place you’re applying to, start off about two levels more formal than that, and then – if you get a warm welcome – quickly adapt to a level closer to (but still slightly above) their level of casualness. Like this:

Hi! I’ve been reading ThisGreatBlog for about six months and especially the features about SomethingSpecific. I’m a big fan of the work you’re doing at ThisGreatBlog, and I would respectfully like to put my hat in the ring for your intern position.

I have previously written for X, Y, and Z. Here are some links to my articles…

I’d be happy to forward a resume should you wish to see it.

Thank you for this opportunity.

“Respectfully” and “sincerely” are little nods to job-talk, but this kind of email indicates, I think, that if this person met you in person, it would not be weird or awkward. No one wants to hang out with a “Dear Sir or Madam.”

If you get a reply along the lines of “Send us more!” or “We’d like to meet you,” then I’d get a little more friendly and sign the emails

I mean, if you were going in to a job interview at a design firm or a music promotions company, I think you’d want to wear fabulous, super-cool businesswear. If you were a man, you’d wear a suit with one of those hipsterish skinny ties, and dress shoes that are not black. (I see guys like this all the time in NYC, and they look amazing.) And ideally, the interviewer would see that you put on the suit as a sign of respect, but that it’s not a totally conventional suit – that is, you get it. The suit is a cheeky nod to protocol. The suit is winking.

In many unconventional industries, your formalities should come with a wink, like modern people at a waltz; you smile a bit when you bow to your partner before and after waltzing (hilarious!), and it’s understood that, after this crazy Bach-themed party you’re attending, you’re all going to loosen up and go have a beer.

So, x’s and o’s on a work email? Well, many blogs are written in that style, so it’s not totally crazy. In this case, I imagine it was a way for the writer to soften an awkward-seeming email. “Oh, sorry you spent a bunch of time crafting this cover letter, but it was all for nothing. Um … XOXO!”

In certain European and South American countries, it’s normal to kiss someone on the cheek, or both cheeks, when you meet them. (I’m okay with this when it’s a lady in my age group, but it’s super weird when it’s an older man, or someone much taller than me.) I think XOXO’s in an email are way below the actual physical kissing that really is the norm in many cultures. Hell, in cultures more restrictive than our own, trying to shake hands with a woman is considered invasive. It’s hard to draw a line in the sand.

You certainly don’t have to respond to such emails with more XOXO’s, but I’d try to warm up a bit in response. An exclamation point somewhere in an email is often enough. Or “Cheers!” Maybe get totally crazy and sign off, “Liz.” Or, write in your normal, professional style, but stick on a “p.s. Great to see you last week!” or “p.s. Love your dress today!” There’s the wink. It says, “Behind my work facade, there is a person!”

Being a gentlewoman doesn’t mean being buttoned-up all the time. Human warmth is not undignified, and I think it’s a gentlewomanly attribute to be able to flourish within different cultures and among different groups of people.

You sound like the kind of person who would be uncomfortable faking warmth and friendliness when you just want to get the job done.

But think of it this way – if warmth and friendliness are basically a job requirement, and you can’t bear faking those things, that’s all the more motivation to get yourself into a job situation where you like everyone enough that you can loosen up, enjoy yourself, and genuinely deploy the occasional exclamation point. 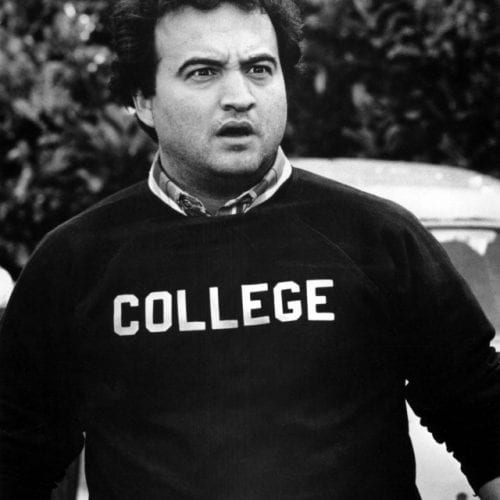 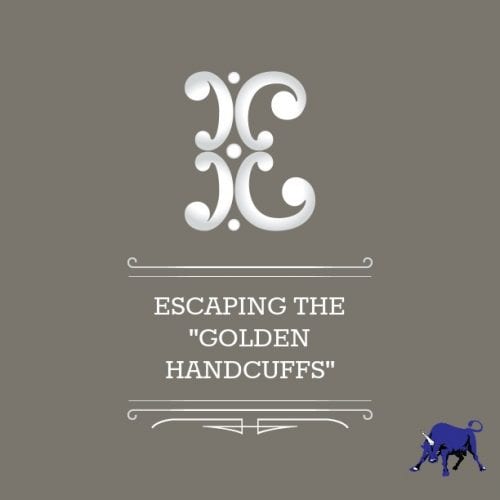 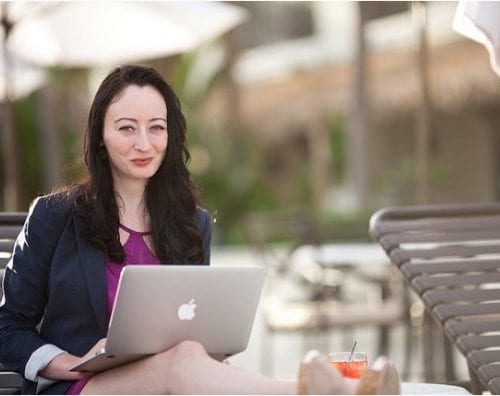 Friday Link: Getting Over Failure