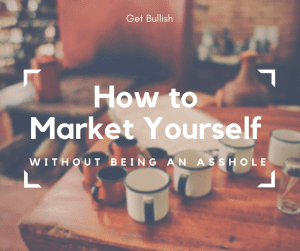 You mentioned in an article recently that becoming a person who achieves special snowflake things involves networking, marketing, and project management. You also mentioned that those things are learnable, so I would like to ask how one goes about learning to be excellent at networking and marketing. (I can already manage a project just fine.)

I am a person with a lot of advantages in life. I took every AP class, got As in them without any undue stress, and still had time to be a varsity athlete, star in plays, be president of three clubs, and watch an irrational amount of television while hanging out with my friends. College was much the same; I went to an Ivy and graduated with honors and a job in my artistic field. But I appear to be terrible at self-promotion, because advertising that sort of thing just seems tacky. It’s like boasting about SAT scores.

In general, I just hang out in my area and do my thing very well and let other people figure out how good I am at things on their own. The people who’ve hired me have a tendency to act like they’ve won the lottery because I exhibit basic competence. I’ve never been fired or left a job without having another lined up, but I have the feeling I could be making a lot more money and have a lot more respect or significance in my field if I were better at effectively communicating my awesomeness to people instead of sitting quietly in the corner waiting to be discovered.

I’d like to be able to market myself and get more attention for my career, but in a way that wouldn’t make me roll my eyes and pantomime gagging if I were someone on the outside watching me. Is there a way to learn to market oneself without being an asshole?

I’m also sure this is a question that a lot of Bullish readers can relate to! Here goes.

I think about this a lot. I don’t make a lot of money writing Bullish. I do know how I could make more money doing this, but I make good money in my other professions, and as I always say — Don’t take business advice from people whose only business is giving business advice. That is what we call a pyramid scheme.

Here are some things other coach-type people have been doing: Stretching every one-sentence piece of advice into a five-minute video; adorning each articles with 10+ glamour shots of themselves; and trademarking phrases like “Trust Yourself,” as in, “This webinar will teach you how to Trust Yourself™!”

These do work on some kinds of audiences. Some people want exactly one piece of advice, and they want five minutes of video so they can get to know the person giving the advice and decide whether to trust that person. Of course, I’m speculating. I can’t imagine the kind of person who enjoys a level of information density that low: ONE USEFUL FACT PER 800 SPOKEN WORDS.

So, those people are not my audience. That’s totally okay. I have often remarked that many business and lifestyle gurus are just saying the same thing for different aesthetics. What some of us call “work-life balance” is often called “lifestyle hacking” by dudeblogs. It seems everyone wants to work less for more money, while enjoying life more. Who knew?!

Just as some people want their career advice from a lifestyle hacker and some want it full of unicorns and financial details, some people enjoy hiring and working with self-promotional extroverts, and some people enjoy the quiet and stable competence that you provide. (See Bullish: The Nerdy, Reflective Person’s Guide to Networking.)

I once read an anecdote about some invited to a very wealthy person’s house who made the mistake of complimenting the food. How is that a faux pas? It turns out that, among the very affluent, the food is just assumed to be good, so to mention it is gauche. To get seriously snotty: understated competence is really rather Ivy League. (See Bullish: Social Class in the Office).

Who do you want to hire you (or give you a raise)? There’s probably some large group of potential employers or clients, among whom are numerous people who share your communication style and distaste for overblown hype. Laser-target those people.

That very likely means meeting them and cultivating an intellectual working relationship with them. Distinguish yourself from other people who are just in your industry to promote themselves and make money; you are genuinely intellectually interested in what it is you do, and attend conferences and read journal articles and explore the latest technologies because you can’t not do those things; it is in your nature. In practice, this often means emailing links to articles along with an insightful comment or question, or running into people at industry events, or volunteering to speak or lead something, or asking a thoughtful question about something that is not, at the moment, pressing. Sometimes you ask people out to lunch to ask them those questions.

On this score, see Bullish: Using Your College Skills to Succeed After College. Here are some more practical suggestions for marketing yourself without being an asshole.

Get Others to Talk You Up

Set up a LinkedIn page if you haven’t already. Put your resume on there. Then, email your past bosses, clients, etc., with something like, “I’m just starting to use LinkedIn and my page is a little empty. If it’s not too much to ask, would you mind writing me a recommendation?” You’re really only asking for a sentence or two. Very reasonable.

If your job lends itself to written evaluations, get evaluated. (Do you lead seminars or trainings, for instance?) You can use the quotes from the evals anonymously, as I do on my tutoring site.

Furthermore, asking for feedback — such as by initiating an evaluation process where none exists — shows confidence and maturity.

Get Your Name on Many Small, Excellent Documents

Get your name on everything that you do. When you prepare a document that others won’t need to change, put your name and the date at the top and save as a PDF, so your “credit” can’t go away.

Do you know how to do something that others at the company also need to learn? Is the company expanding, such that people who haven’t even been hired yet will ultimately need to do these things? Write up little manuals and instruction lists with your name and the date, and put them wherever your company keeps public documents. Update them as needed. You are not only publicly competent, but so confident in your abilities that you’re happy to share what you know and help to establish best practices. (Also, say “best practices” a lot. It emphasizes that you’re concerned with doing far better than the minimum, and it also implies that you know something mysterious that others do not.)

Make a Website That Serves an Actual, Utilitarian Function

Put a small photo, a resume, and some of your work online. So you don’t come off as an asshole even by your own, modest sensibilities, have some kind of utilitarian excuse for doing this — for instance, you have published a couple of whitepapers and you need a place to host them.

People in tech do this all the time — low-profile websites that have link’s to a programmer’s work, documentation, help pages, etc. In Bullish: How Tech Can Help Women, Minorities, and Non-Schmoozers, I interviewed Reg Braithwaite, a technology guru whose portfolio site looks like this.

When I was in high school, I wanted to make really, really sure I would be able to go to college, so I applied to 125 scholarship competitions. The national ones, I didn’t win. The local ones that wanted a long application and a picture, I didn’t win.

But the local ones that wanted an essay, I won. All of them. Oh, I wrote essays about myself, but also about patriotism, Vietnam, the biggest problem facing America today, and “what optimism means to me.” There may have been some obscure diseases in there (“For our nation’s future, and for the 30-40 innocent victims nationwide, we must cure Wolf-Boy Syndrome.”) Writing essays is pretty easy for me.

It sounds like massively overpreparing would be easy for you. Ramit Sethi writes a lot on this topic. Before you go into any meeting, prepare a proposal or a list of recommendations or a research report about the client or company. Some people would pull their hair out over this; for you, that’s one homework assignment out of a night of studying for an AP and then mastering your flute solo.

Bullish: How to Ask for More Money, Part I

Bullish: How to Ask for More Money, Part II

Bullish: How to Ask for More Money Q&A

Have you actually tried? If you need an extra push, keep in mind that, if you are really so amazingly competent and yet you are working for much less than you could get, that doesn’t make you some kind of martyr or humble, honest employee in the eyes of most men — it makes you a naive little girl.

If you are working for less than what you’re worth, some employers might think you’re a good deal, but some think you don’t have the brains or balls to really play this game. You are not a peer. Your situation now is not neutral — it is hurting you.

So, ask for money. If your company is failing and laying people off, switch jobs or start your own firm. You can’t squeeze money from every boss or company, but you certainly can get it somewhere.

You may wish to engage in a short campaign of getting your name on everything and volunteering yourself to lead awesome projects before asking for more money. Or propose that you lead some new division that you would create at your current company, such that making more money for it only makes sense. You don’t actually have to see these projects to completion — give it a month, and then ask. You just need to have good ideas and initiate them, and it should be obvious to everyone that you are really, really needed to make those ideas into reality on an ongoing basis.

If you are good at what you do, people will become dependent on you. If you really left, how much money would it cost your boss to find someone new, get that person up to speed, compensate for how much less awesome than you that person would be, and finally get back just to where things are right now? Ask for that much money. 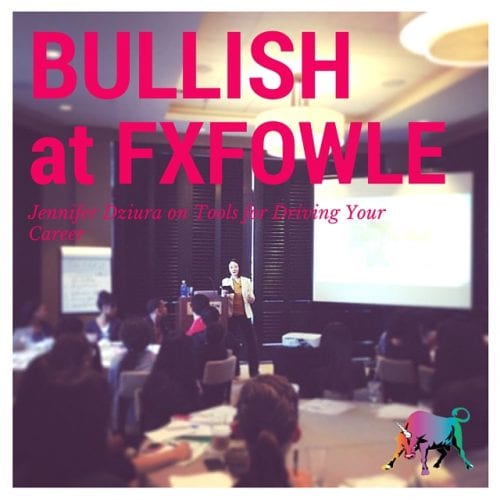 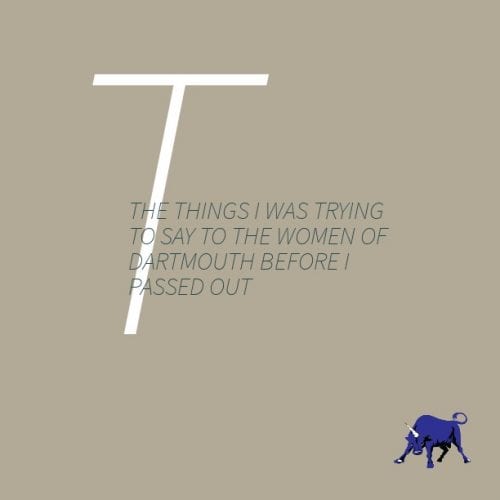 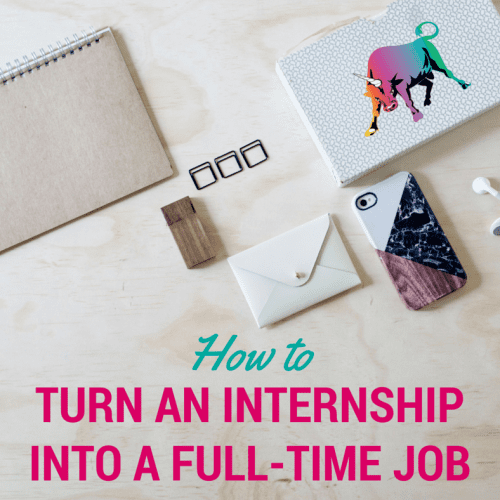