Let’s talk about this article in The Atlantic, Elizabeth Wurtzel’s 1% Wives Are Helping Kill Feminism and Make the War on Women Possible. (In case your memories of the ‘90s are fuzzy or nonexistent, Wurtzel was kind of a poster child of the decade.)

Specifically, I want to talk about how some feminists’ obsession with paid work is encouraging women to think about money in unproductive ways.

Let’s start here – there’s plenty I agree with in Wurtzel’s article. Wurtzel writes, “Who can possibly take feminism seriously when it allows everything, as long as women choose it?”

I also laughed out loud at this crack about rich women who don’t work:

“In any case, having forgotten everything but the lotus position, these women are the reason their husbands think all women are dumb, and I don’t blame them.”

In fact, the whole article, on first read, made me feel vaguely superior for a minute.

But feeling superior is a troubling response to an article. I mean, oh, sure, if you went to architecture school and then you read somewhere that your architecture school is ranked number one, okay, feel a little superior (but don’t go around being an asshole about it). But if you read an article and your main enjoyment of it that someone else engaged in unfair snarking so that you could enjoy the snarking without having to take responsibility for it, well … that’s not good.

Is it ever okay to depend on a man?

(Short answer: If it’s ever okay for him to depend on you, then yes, of course.)

Well… If most women had to depend on men most of the time, that would indicate a structural problem in the system.

But when it comes down to individual people and their decisions, sometimes one person puts the other one through medical school and then that person is a doctor and pays the bills while the other person takes care of their baby blah blah this example is so obvious it is boring me.

Or, would it be cool if your rich mom paid for your grad school, but not if your rich dad did? He’s a man, after all.

Hmmn. What if I had a full-time job, say, as a gardener. That’s nice, right? Nothing wrong with that. I’m upholding my feminist obligations. And then, because Ryan Gosling loved the way I maintained his azaleas, he asked me out on a date, and we ended up getting married. You know, me and Ryan Gosling. And since Ryan has some money and is such a big feminist, he said it would be cool if I quit gardening and he paid all the bills while I became a full-time activist who worked for reproductive rights. So then I worked the phones for Planned Parenthood as a volunteer and raised millions of dollars and Ryan was really happy he could help. So, I guess that wouldn’t be feminist? Wait, I’m confused.

What if you run a startup? (See Bullish: Fund Your Business Or Get Started Investing in Startups Part I and Part II.) You’re probably going to “depend” on your investors. And kind of be their bitch a little, actually. It’s their money. So should you only have women investors? Good luck with that. (There is absolutely no evidence that they’d be nicer to you, incidentally; there are just a lot fewer of them.)

Also, plenty of people are born with (or inherit) money and want to be good people about it. Some of them quietly give money to NOW; some of them loudly hold charity galas; some of them hold signs at Occupy Wall Street just like everyone else. (See Bullish: Actually, We’re All Kind of the 1%.)

It is an impoverished mentality to simply think of wealth as something you work for at a job.

If you think of money that way – you must work for it by the hour or it doesn’t count – you will be taken advantage of by people who are better at negotiating and investing and who view wealth as having a limited correlation to effort and value creation, some relation to luck, and a high correlation with the direct pursuit of money itself.

(See Bullish: How to Run Your Career Like a Business and Bullish: How Talking About Money Can Make You More Of It.)

I recommend that everyone pick up a copy of Forbes sometime – I did recently, at the airport – even if only to see how the privileged (often) think. Kind of like how having brothers can help you figure out how guys think, whether you like what you hear or not.

Forbes is a whole magazine about growing one’s wealth; the word “salary” appears only rarely. The word “income,” in Forbes, usually refers to how much interest you are making off your principal, as in, “You will need this many millions of dollars in your retirement account to generate a tax-free income of $150,000 per year.”

Allow me to state the obvious: the rich don’t glorify work for its own sake.

Rich white men don’t think that their dignity depends on having a career and earning a salary. A lot of them think that’s for chumps. Many of them would like to just push money around efficiently enough that they can play golf all day.

Going to a job every day doesn’t have some magic spiritual value, nor does it necessarily give you feminist credibility.

In fact, most very ambitious people hope to retire early, or to make enough money that working is a choice. And plenty of (dude) business writers, such as Tim Ferriss of the 4-Hour Workweek (he’s quite a dude), glorify the idea of “mini-retirements” throughout your career instead of planning 45 years of work and 20+ years of nothing.

A lot of my mission in writing Bullish is to change the way we think and speak about aggressiveness and success in careers and in business. Specifically, if sports metaphors aren’t “inappropriate” in business, then fashion or child-rearing metaphors aren’t either; if being an “email ninja” is cool, then being a productivity unicorn is, too. (I WIN GOOGLE for the search term “productivity unicorn,” which basically means I WIN LIFE NOW THANK YOU BYE.)

In short, “girl stuff” is just as good as “boy stuff” and everyone should be able to like what they like regardless of gender, or worrying about embarrassing the rest of their gender.

What makes a person an “adult”? (Hint: Whether you work for a boss all day isn’t it!)

Wurtzel also writes, “If you can’t pay your own rent, you are not an adult. You are a dependent.”

What an interesting statement. Are people in nursing homes not adults? (“Sorry, Granddad. Fighting in World War II apparently didn’t make you a man, since Social Security is now shelling out for your expenses.”)

I do think that if you’ve NEVER paid your own expenses, not at any stage in life, you skipped an important part of adulthood. For instance, if you went straight from (all-expenses-paid) college to marrying a guy who was like, “You can work if you want to! It’s your choice!”, then you have not achieved economic adulthood, although you could be very mature in other ways. But most of us are probably still children in one arena of life or another.

I do think that children benefit from having a mother who lives a full and gentlewomanly life, including a professional side, as well as aspects of philanthropy and lifelong education. Few people can do all these things at one time. I like to refer to a “portfolio” of a gentlewomanly life because, just like an investment portfolio, you change the distribution of your assets over time in response to changing goals and circumstances.

I like the nursing home example because it hits at the painful realization that all of us are dependents at various points in our lives. If you’re reading this, you’re probably somewhere in the middle part of life, feeding and bathing yourself just fine if you’re lucky, but we could all become disabled at any time.

And we’re pretty much all going out kind of like the way we came in – incoherent and incontinent – but a lot less adorable. That’s the human condition, and to live a good life, you must face this realization bravely and honestly.

The “paying your own rent” part of life is nice. And I have written many, many articles about making more money and working harder. But there’s no special virtue in sitting at a desk under a boss’s command five days a week for forty years.

And if you’re a liberal who believes (as I do) in national health care, free public education, and possibly free public daycare, it seems a little weird that it’s okay for us to be dependent on the government for many of our needs and wants, but not okay to be interdependent with another person (i.e., a spouse), who we’ve chosen of our own accord. While a few “1% women” do adopt lifestyles wherein they stay at home but have housekeepers and nannies and therefore do no apparent labor at all, the majority of women today who depend on a man’s income do so for a season of life, and for a variety of rational reasons.

I don’t think anyone really thinks we have to be stand-alone economic enterprises to be good feminists. Otherwise, we’d have to take up yeoman farming. Or buy ranches in Montana and hold armed standoffs with the federal government.

More importantly, though, I think that most men and women want the same thing from their careers: to work less, get paid more, and have more freedom. Some websites geared towards men call this “lifestyle hacking.” Women’s blogs rarely use this term, even when we’re talking about the same thing.

Personally, I look forward to being a woman who doesn’t work! You know, once the next company I start gets sold to Google or Facebook. And then whether I spend my time surfing or teaching a kid to read or managing my investments (or all three!) is my own damn business. 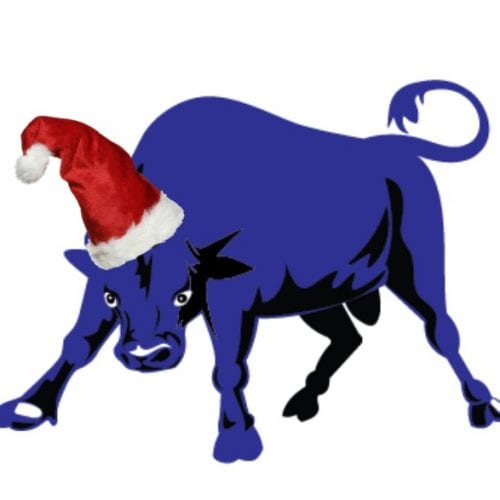 The Weather Outside Is Frightful, So Stay Inside and Plan Your Empire 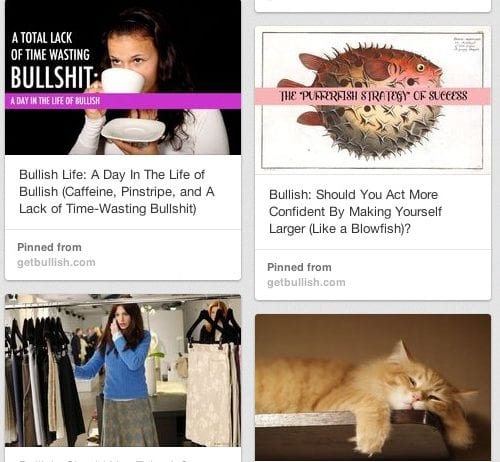 Follow The Bullish Conference in Every Possible Social Media Way Ever