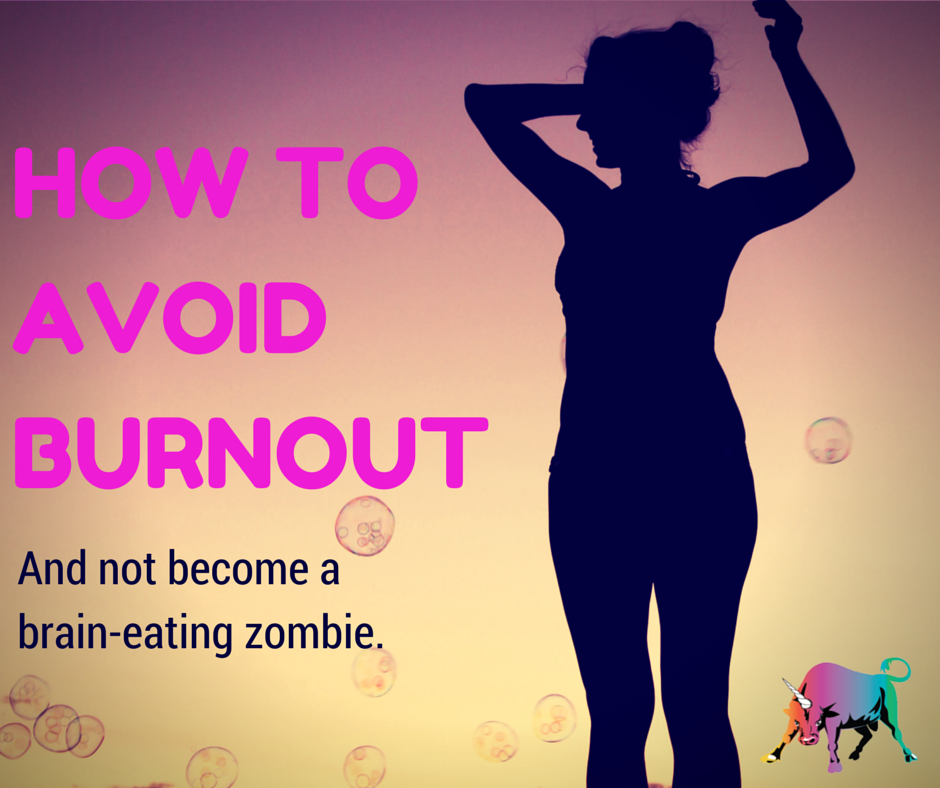 When it’s one-hundred-and-eleventeen degrees out and wearing non-flip-flops to work seems like a punishment, it’s easy to feel a little burned out.

I’ve previously suggested that the idea of “work-life balance” doesn’t (or simply can’t, in this economy) apply to young people as traditionally understood; rather, work-life balance should be thought of over a lifetime, meaning that if you plan to have kids or relax in some later decade, you should probably work twice as much in your twenties (see Bullish: Maybe Work-Life Balance Means You Should Work MORE).

But when I say you should work twice as much, I don’t mean that you should be your boss’s full-time servant. I mean that you should diversify your income streams, start a business or at least build a network and publication history that will help you go balls-out later, ruthlessly jettison immature man-boys (and friends) who are sabotaging you, and otherwise be a productivity unicorn.

If you are feeling burned-out – disengaged, helpless, unmotivated, detached, drained, and more cynical than usual – then you can’t do those things, or you’re doing them unsustainably.

You can’t “push through” burnout. You have to address the problem in a ballsy way. Here are some ideas.

Change the circumstances under which you work.

I mostly work at home. I posted a picture of my outdoor desk here. But I also work on my couch, at my tiny dining table, perched on a sizable windowsill and propped up with pillows, and in bed. Change even small things about your environment, and your brain feels like it’s doing something new.

Can you physically change your circumstances? In some offices, it’s easy to work in a conference room for a few hours here and there. I used to work in an office near a public library, and had developed some bizarre excuse about why I needed to work from there sometimes. Once my boss got used to me working from the library, I started working from Bryant Park, which had WiFi.

These changes are always easier to effect when there’s a massive deadline looming, and when you actually come through on your promises to “go somewhere and get this done with no interruptions.” A colleague of mine once admitted that, at his company, it’s just understood that an eight-hour day yields about two hours of actual work. If you develop a reputation for disappearing for two hours and coming back with two solid hours of work, you will condition those who want this work from you to allow you greater freedom, such as the freedom to work from home.

Of course, I’m always encouraging people to free themselves from corporate life, but even in the short term, just moving ten feet across a room can make you feel a lot better.

Of course, vacations are a remedy for burnout. But not all vacations.

If you spend your vacation (or weekend) updating Facebook, then sadly, you are not actually enjoying your vacation more than you enjoy Facebook. Would you update Facebook while getting laid? Aim to have a vacation kind of like that. Go somewhere where your smartphone doesn’t work or would be prohibitively expensive to use. Or just leave it in your hotel room. Limit your Internet usage as much as possible. A day without the Internet feels like the longest and fullest day in the world. (This goes for weekends at home, too!)

If your job won’t let you take a real vacation – because your boss constantly calls and emails you with “emergencies,” despite the fact that most of us work in industries in which it is basically impossible that our work or lack thereof could kill someone – then you can improve your situation by getting a new job, starting your own company, or training your boss not to do that, much the way you train a recalcitrant puppy not to shit on the rug.

For instance: Develop an adventure hobby. Something outdoors that seems dangerous and ballsy. Rock climbing, cave diving, etc. Even sailing. Not skydiving, since it actually only takes a few minutes to fall out of the sky and then your phone will work again. Something that takes all damn day and where there WiFi and cell service do not exist. Talk it up over time so it’s realistic. Personally, I’d go for rock climbing – you can train for it even in a city, it’s relatively low-cost, and it’s slow-moving enough that people would actually believe that I was involved in it. I’d do a little bit of rock climbing for real, put a picture as my desktop image. And then when I go on vacation, I’d say, “I’m going to Colorado / Norway / etc., gonna do a little rock climbing.” And I’d do an hour of rock climbing, take photos, and spend the rest of my vacation doing whatever I want. After the first rock-climbing vacation, you could probably keep up the pretense without having to do any actual rock climbing.

So, I am definitely recommending lying here, which I think is sometimes a perfectly appropriate response to 1) persistently nosy behavior, and 2) abuses of power.

Finally, sometimes a vacation just won’t cut it. Can you take a sabbatical? Surely, some people in your company take maternity leave and then come back. There are plenty of reasons to need a long break. You need to have savings in order to take a sabbatical, but maybe not as much savings as you think. If you can afford a plane ticket, there are many places in the world where you can spend three months for a fraction of what it costs to live in the U.S.

“Mission creep,” of course, is when military battles or work projects expand in scope until they become endless and no longer completable. Are you suffering from job creep?

Don’t tell your boss you’re burned out. Try asking your boss for a more specific job description. Perhaps you could get your duties written down, if you don’t have that already.

More importantly: tell your boss that you could use more information about what he or she would like you to prioritize, so you can make sure to execute those priorities right on time. When you hear what the priorities are, ask what should happen with everything else you’ve been doing. As in, “Okay, I can do those three things! I have been spending a lot of time on X, Y, and Z, which I didn’t realize should be lower on the priority list. What should happen with X, Y, and Z while I am working on the priorities instead?” And then shut up and wait for an answer. (See Bullish Life: How to Communicate with Chutzpah).

If you suggest that you stop doing X, Y, and Z or that it get reassigned to someone else, it might make waves; if you frame the question right and stay quiet through an uncomfortable silence, it’s very possible that your boss will take these items off your agenda for you.

If you don’t have a boss (go you!) but are still feeling burned out: Stop multi-tasking so you can really dig yourself out. Pick the least hateful task, do it, reward yourself, and move on to the next task. You will feel better for having accomplished something. Don’t forget the reward part.

Corporate vision statements only suck because they are written by committees and committees are very bad at vision, because they are largely disingenuous (as most of our visions are actually rather more awesome and sexy and selfish and audacious than anything a company would write), and because people are forced to say that they believe in those visions when what they really want is a paycheck.

Your personal vision statement doesn’t have to suck. Mine has something to do with writing these columns! It also involves being able to do that in a bikini.

If you’re doing something that burns you out, why? Just for the money? Is there a higher purpose? Are you helping others? Are you making the world better? How is what you’re doing now getting you to where you want to go? What is your vision for the next forty years?

Burnout is not inevitable, and it can be cured! Sometimes the next step in achieving your vision is keeping yourself whole and functional, and treating yourself like a worthy human. 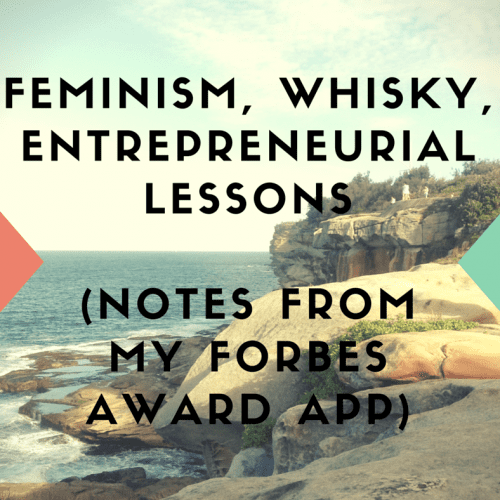 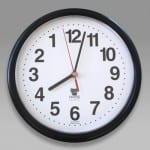 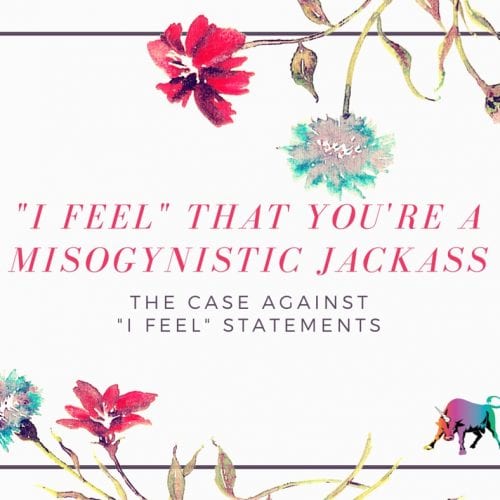