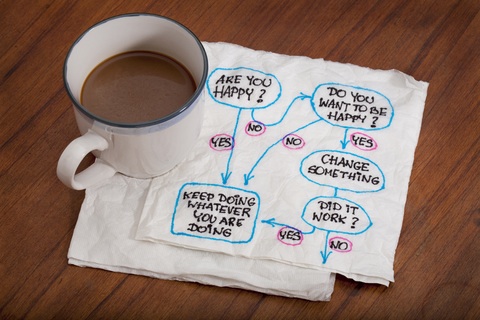 Yes, choices, efforts, intentions, reasoning, and other mental processes influence our behavior—but they are themselves part of a stream of causes which precede conscious awareness and over which we exert no ultimate control. My choices matter, but I cannot choose what I choose. And if it ever appears that I do—for instance, when going back and forth between two options—I do not choose to choose what I choose. There’s a regress here that always ends in darkness.

Actually, what commeter CBCB said, in response to Bullish: How To Go To There (Your First Steps To Making It Big), was:

I guess I can’t imagine someone reading this article, deciding to go pitch some ideas and develop multiple income streams, and then waking up the next day and doing it– much less making a habit out of it. It seems there are certain personality traits at play here, more than there are specific actions that simply hadn’t dawned on me. So how do I become the kind of person who would read this article and take action?

I was actually a bit flummoxed when I read this. The column is called “Bullish” — I assumed that only people willing to do bullish things would read it. But obviously, people often read advice and, at best, file it away for later. And when you click on a blog post, you obviously have only so much information ahead of time about what advice will be proposed: perhaps you were expecting something more do-able. I am reminded of Adriana Lima’s amazing post-pregnancy weight loss, which she said was “easy” — she just stuck to an all-protein diet with boxing and jumping rope every day. Because if there’s something we all want to do after pushing a human out of our ladyparts, it’s jumping rope. (I think what she meant by “easy” was something more like “straightforward.”) So, I get that.

And while the comment didn’t mention the word “motivation,” it seems that the “personality traits at play” in pitching projects, making up your own opportunities, and cultivating multiple income streams (all in the column) are all qualities fundamentally animated by and springing from motivation. That is, very few of us are naturally comfortable with pitching things to strangers in positions of power; those of us who do this have been motivated to become that way, or motivated enough that our drive simply overrode our discomfort, the same way you ignore hunger when you’re trying to get laid.

So, how do you become more like that (if you want to)?

I have three answers: Disgust, Fear, and Revenge.

No, really. My personal answer is disgust. I polled some other successful ladies and came up with fear and revenge. Awesome.

Lest you object that it would be unhealthy in some way to be motivated primarily by negative emotions, I aver: actually, there are thousands of behaviors we regularly avoid due to fear and disgust, and we barely have to think about them. How come you never shit on the floor? Because that’s disgusting, of course, and you don’t even have to think about it; it just doesn’t even occur to you to save yourself a walk to the bathroom and go right where you are because your brain rejects disgusting options before they even occur to you.

Let me jump back to Sam Harris for a second:

The physiologist Benjamin Libet famously demonstrated that activity in the brain’s motor regions can be detected some 300 milliseconds before a person feels that he has decided to move. Another lab recently used fMRI data to show that some “conscious” decisions can be predicted up to 10 seconds before they enter awareness (long before the preparatory motor activity detected by Libet). Clearly, findings of this kind are difficult to reconcile with the sense that one is the conscious source of one’s actions.

Oops, no free will — thanks, neuroscience!

The reason I introduce this here is that the vast majority of action in your brain is at a subconscious level; think about the incredible amount of visual, auditory, and tactile stimulation your brain decides isn’t worthy of your attention. (When’s the last time you thought about the way the back of your knee feels? And yet your brain receives and processes every bit of that information.) When you’ve decided that something — be it laziness, not owning a house by the time you’re 35, being just another employee with just another job, etc. — is disgusting, it drops off the radar of possibility, just as (I hope) it no longer occurs to you to eat anything that might come out of your nose.

In Bullish Life: How to Reduce Your Stress Level Immediately, I talked about mapping out a worst-case scenario to reduce your anxiety about failure. But if you have the opposite problem, then the opposite prescription might prove helpful. If you don’t reach outside of a boring 9-to-5 job that you hate, what is the worst-case scenario? Imagine it … are you sure it isn’t even worse than that?

And then: what is the likely scenario that will proceed from continuing on the path you are on now? Waking up every morning and going to a job you hate until you are in your sixties? Or, having kids without having set up a freelance career or business first? Or, watching other people start successful fashion lines, knowing that you could’ve done it at least as well? Or just a boring, average life lived at a lower income and freedom level than you would like?

How bad would that be? Is it downright disgusting, so much so that it’s a completely unacceptable option? Good.

I was thinking about disgust as a motivating emotion and decided to ask the two most successful ladies I know — “The Entrepreneur” and “The Author” — how they developed the personality traits that lead them to actually go out and do amazing things. I didn’t mention disgust and tried not to muddy the waters before I received a response.

The Entrepreneur: “What the fuck else would I do, live in a trailer park? I do everything I do out of fear for what would happen if I don’t.”

The Author: “Everything I’ve ever done I’ve done out of revenge.” She then told me a horrific story about being bullied in school. And surely, she has shown her tormentors (these days, your tormentors always seem to find you on Facebook) who ultimately won that contest.

All three of us, I might add, are pretty happy people. Because avoiding disgust, building a huge and safe buffer between yourself and a source of fear, and achieving revenge (in a way that doesn’t actually hurt anyone) are pretty excellent ways to be happy.

So, can those who want to change themselves really become more motivated, more likely to actually shoot off an email to a CEO or an editor or a conference organizer with an amazing and enticing suggestion about what they have to offer? I think so. (See Bullish: F*ck Corporate Personality Tests and Take Control of Your Personality.)

So, a simple way to start:

Think of the biggest thing you want. It’s okay right now if it’s pretty nebulous, like starting a business (but you don’t know what business), or never having to work again (somehow).

Then think of what happens if you never achieve that. Make a list right now on your computer of about five bad things that would happen if you don’t pursue your goals.

Then imagine (really close your eyes and visualize) what might happen if those five bad things happen. Things could certainly slide into total fucking shit, no? How unacceptable is that to you? Add that to the file on your computer. Maybe with some arrows indicating causality!

Now, put those terrible, undesired consequences in the same mental category as shitting on the floor or living in a cardboard box: options that no longer receive your consideration.

That’s it. A little mental exercise to build your capacity for action. (You might enjoy Bullish Life: Breaking Free from Terrible Situations, in which I discuss a related idea — being kind to your future self, by getting her out of these messes we’ve now judged unacceptable.)

It also helps, of course, to surround yourself with people who share your high standards. Just as it’s hard to stay sober when your friends drink every night, it’s hard to avoid the unacceptable when surrounded by unhappy people who aren’t taking action in their lives. The world has six billion people in it; surely, some people you haven’t even met yet are just as worthy of your friendship as some of the people who are currently taking up your time keeping you where you are.

Of course, if I really had the one ultimate secret that would allow everyone to get motivated to get motivated, I’d be a billionaire within the month. For a weekly column, I’ve given it my best shot — three women’s motivational techniques, some adoption of which would likely be helpful to those who wish some change in their lives.

It’s like a 401K of motivation — you do need some principal, but you only need to be a little bit motivated now to channel that into greater and greater realms of motivation later. 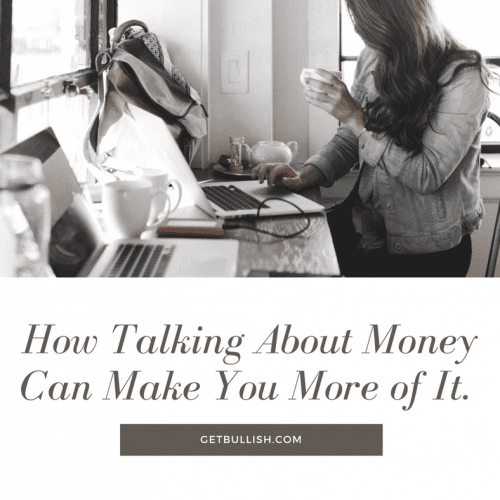 Bullish: How Talking About Money Can Make You More of It 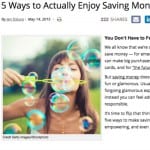 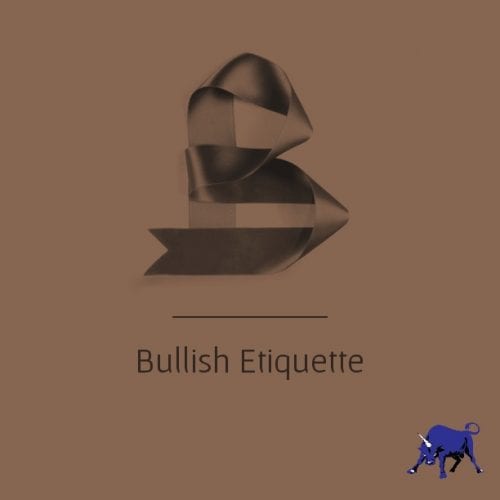 Bullish: How Formal Should You Be in Work Emails? (XOXO LOL!)