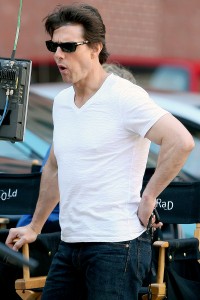 Women are often judged by their weight, and indeed, it can be difficult to achieve the whippet-thin, rib-baring appearance desired by society (or at least for social dominance over other women).

But men are judged by their height, and there’s nothing they can do about that. There’s no Celebrity Height Club. Even with all the money in the world, Tom Cruise puts lifts in his shoes and calls it a day.

An anecdote: I once gave a marketing seminar attended by about 20 people, including a very aggressive man who sat in the back and spoke up about every five minutes. At one point, I distributed a handout, passing the papers several at a time down each row of people as I continued my talk. He apparently didn’t like the order in which the handouts were being apportioned, and barked “I didn’t get one!” in the middle of my sentence. “I was coming back,” I said, miffed. He was combative throughout the entire seminar, until the end, when he stood up and thanked me and said it had been great. At that point, I was standing right next to him — and at least half a foot above him. I am, at best, 5’8″ in heels.

A few weeks later, the same guy saw me on the street and yelled my name. I stopped and said hello, and then, to make conversation, asked him how he’d been progressing with the work we’d done in the seminar. “I’d tell you,” he said, looking at his (very shiny) watch, “but I have a really important meeting in four minutes. Bye!” Um, okay, Mr. Pointless Blatant Power Play.

And it continues. I was once mentored by a very short, very smart man who seemed to fall into a pattern of teaching me something, and then making a point of besting me over it. Checkmate! Girl-checkmate! I will not be beaten by a girl! I wrote an article in the Dartmouth Alumni Magazine about getting my ass kicked in boxing by a guy who was actually in my weight class. (While I was satisfied to have been taken seriously as a boxer, the coed matchup had to have provided some Rocky-like motivation to any 5’5″ guy in danger of even the slightest chance of losing to a girl). In contrast, I once dated a very tall man who constantly told stories about how his height had allowed him to assume control of any group without having to do any work or have any particular skills. One story involved going to India and disobeying a policeman’s crowd-control orders by staring him down and pushing him in the chest.

In sum, very short men and very tall men often have personalities rather transparently determined by their height. And for good reason. Every four years, we are treated to the truism that the taller candidate is always elected President (true in all but three elections). I won’t bore you: it’s easy to dig up a wealth of proof that taller men make more money and are more attractive to women. Jonathan Rauch, in The Economist, details the effect more extensively: it is even the case that mothers prefer taller baby boys, ranking them as “more competent and able.” Rauch quotes psychologist David Weeks, who points out that, while tall men are praised for perceived leadership skills, “If a short man is normally assertive, then he’s seen as having Napoleonic tendencies.”

While women at extreme ends of the height spectrum have their own challenges (can’t find men tall enough to date / sometimes mistaken for children), it’s not the same thing. If there is any female height hierarchy, it really can’t go too far when the “best” height for women is basically considered to be “medium”; it’s hard to compete to be average. A 5’10″ woman is not automatically presumed to be the boss of a 5’5″ woman in the way that would be quite likely were the players men. Women kind of muck up the male-height-dominance hierarchy. But for some short men (just some), the idea that the hierarchy of tall men / average men / short men would be stretched into tall men / men of average height and all women / short men — thus pushing their position down even further — clearly rankles. They like to take it out on us.

Here are a few tips for dealing with very short and very tall men (at least the ones whose height causes problems for everyone).

Short Men Absolutely Determined Not to Ever Assume a Social Position Below That of a Woman, Ever, Because, By God, Haven’t They Already Endured Enough?

1. One strategy is, of course, simply to stand up for yourself — which is most easily accomplished by being dismissive. If a short man tries to assert his social dominance over you, gloss over it and dismiss it: “Oh, that’s an interesting point of view. I’ll send out a group email when the final decision’s been made.” (Boy, men who care about being right freaking hate when you refer to their “point of view.” As though it were no better than other people’s points of view! Such men are infuriated, yet have no actual complaint to make! They must fume in private!)

2. However, haven’t short men put up with enough? Other than the few who are incredible assholes, most short men are involved in a day-to-day fight for dignity and power, requiring constant vigilance. If you must dismiss a diminutive jerk as per #1 above, fine, but it’s probably more advantageous to you to make a short man feel like a tall man. Look for an opportunity to (sincerely) say something like, “Oh, I just assumed you’d be in charge of that project.” Even better, find a way to do it in front of other men. If you can manage to (again, sincerely) compliment a short man’s “natural leadership” in front of tall men, you will likely gain a staunch ally, as well as strike a blow against irrational prejudice in general.

Tall Men Who Think They Are The Gods Of Absolutely Everything

1. When Tall Guy tries to assume control of something, he is probably looking for an overt fight, which often doesn’t happen (look, your office has women in it!) When he doesn’t get an overt fight, he often assumes he has won, and that everyone accepts his leadership. Hahahahahahaha. Of course, many men live in a social environment in which it’s normal to punch your friend with your actual fists, and then be friends again the next day; such men assume that when a fight is over, it’s over. It isn’t. Tall guy does not understand that some people’s grudges have a half-life of several years, and that, because he is an unrepentant asshole continuing, every day, to benefit from the unearned leadership he usurped, he will now be undermined in a hundred small ways, forever. When Tall Guy surveys his territory and decides to become the Boss of Everything, that’s your chance to shoot a “Look at this joker!” look at any women and short men in the room. You are mocking Tall Guy’s lack of social skills. Tall Guys who get by on tallness alone have terrible social skills. They’re up so high they can’t even read our facial expressions properly. Exploit this.

2. Obliquely call attention to how slowly Tall Guy types on his Blackberry, with his enormous sausage-fingers. Tall Guy is trying to dominate you through Neanderthal-style hunting and running skills that are rarely relevant in a modern professional environment. He feels like a god? Make him feel like Shrek. A big, slow-talking, slow-moving, bumbling, obsolete, outdated-by-two-or-more-millennia ogre.

3. Don’t let Tall Guy claim all things large. In fairy tales, attractive people are good and ugly people are evil. This is sloppy thinking, just a fuzzy matching of like with like. So don’t let the tall guy be the owner of the “big picture,” “thinking big,” the “big idea.” If Tall Guy is being an ass, try something like “Well, that might be true, but I think you’re getting bogged down in the details.” Then tell him what the big picture is. Tell him “That’s a great start, but we should think even bigger.” He’ll love that.

4. A tactic I learned from my high school debate coach is that when someone has an elephant-in-the-room of an advantage, you just have to call it, and it goes away. I was once in a debate against a very tall, very deep-voiced young man in a Brooks Brothers suit (in high school!) I was 5’4, wearing a jumper from JC Penney (a jumper!), and had only recently learned to modulate my voice so as not to sound squeaky when I talked fast. He made the opening speech. The arguments were nothing special, but the delivery had been trial-lawyer-in-the-movies gorgeous. So I called it. “That was a beautiful speech, wasn’t it? By the time Mr. Westfeld got to the end, I was feeling pretty persuaded that the social contract doesn’t depend on the existence of natural rights at all! And I do love to see a man in a fancy suit. But let’s go ahead and dig a little deeper here….” Calling an advantage makes it go poof; specifically mentioning the fancy suit and then suggesting we “dig deeper” makes explicit the advantage of wealth and attractiveness and then turns it, makes it seem shallow. If you have a Tall God on your hands, you need to call it. Maybe in certain contexts, you could do it explicitly, especially when you’re not trying to take power or credit for yourself: “Well, it certainly is tempting to just go with whatever the tall guy says, but I do remember that this was originally Allison’s idea. Allison?” (You would really have to be the master of “I’m-laughing-because-it’s-a-joke-even-thought-I’m-actually-pretty-serious” to pull this off). But sometimes, you’ll need to do it tacitly. When Tall Guy is done dominating the conversation, backhandedly compliment him for giving a nice “broad overview.” Then suggest that someone else who actually knows what he or she is talking about give us the “real data.” Dismissing someone’s remarks as a “broad overview” acknowledges, in an indirect way, the largeness of the speaker (it’s easy for our brains to associate the big man with “big” speech), and then makes the speech itself seem proportionately shallow as well as insufficiently detailed. Note that this technique is nearly the opposite of #3, which calls for you to claim “big” speech, rather than trivialize it. Either can work, and both can be employed at any time; you’re introducing fuzz into the system of big-is-better. 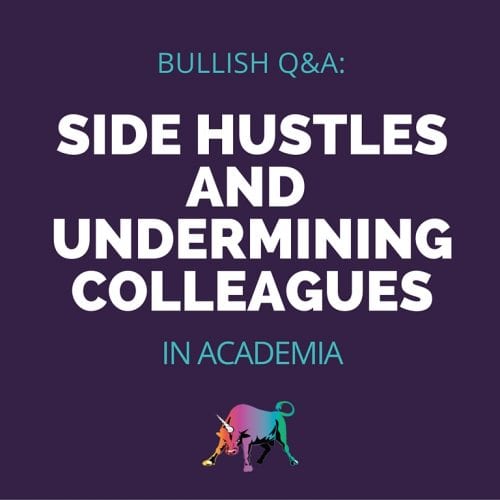 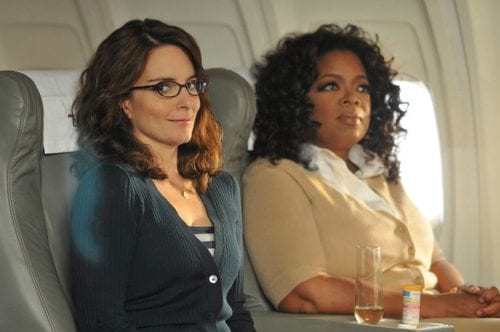 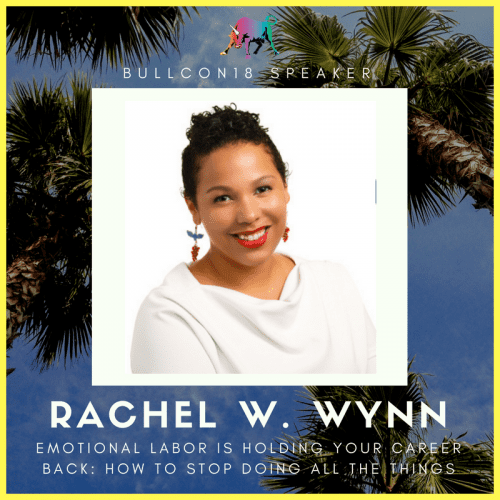